Kumaraswamy released the clips at a hurriedly called press conference hours before the presentation of the state budget in the assembly. 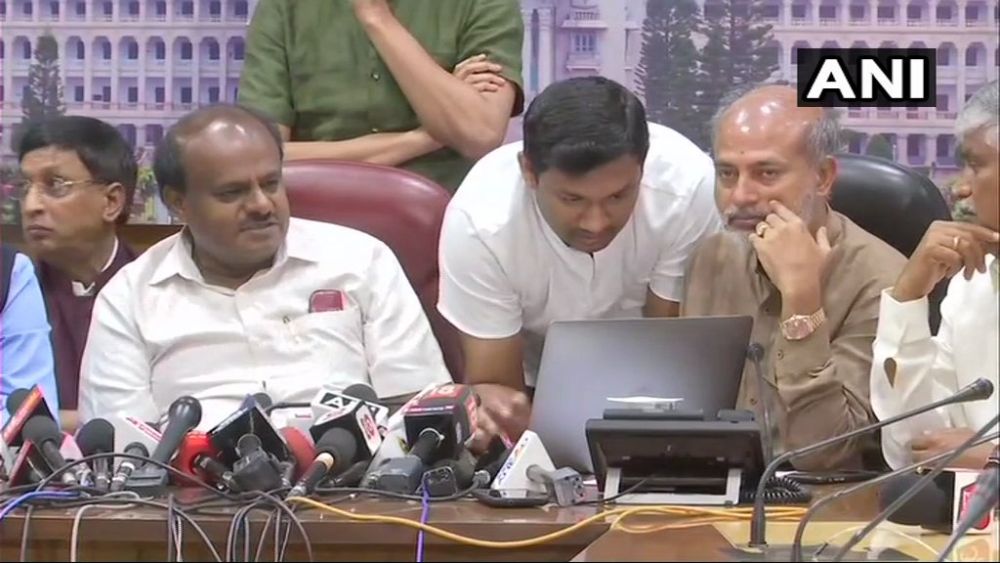 Karnataka Chief Minister H D Kumaraswamy on Friday released two audio clips purportedly of BJP leader B S Yeddyurappa trying to lure JD(S) MLA Nagan Gouda, claiming the party was trying to topple his government and it was being done with the knowledge of Prime Minister Narendra Modi.

However, Yeddyurappa dismissed the audio clips as "fake".

Kumaraswamy released the clips at a hurriedly called press conference hours before the presentation of the state budget in the assembly.

'Strong As Rock': CM?Kumaraswamy On Congress-JDS Coalition Govt In Karnataka

He claimed that the clips were purportedly of Yeddyurappa trying to lure JD(S) MLA Nagan Gouda.

"Without the knowledge of the prime minister, is it possible to do this," he asked, saying Modi should come clean on the issue.

The ruling coalition partners Congress and JD(S) have been accusing the BJP of trying to dethrone their nine-month old government with various offers, including bribe in cash and ministerial berths, a charge the saffron party has rejected.