According to a report released Tuesday, it is difficult to ascertain whether these phones were infected or subjected to an attempt in the absence of digital forensics. 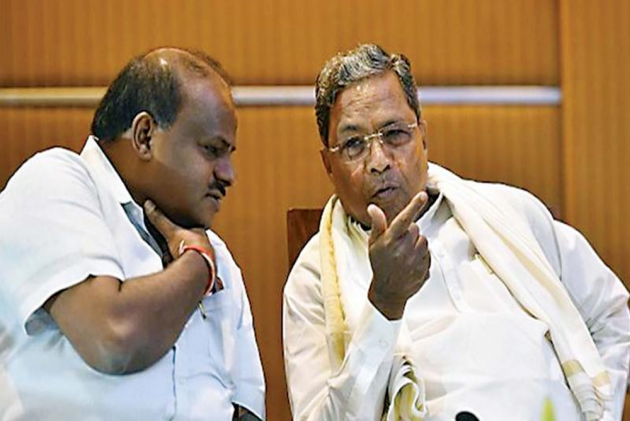 The Pegasus snooping row has now reached the Karnataka doorsteps with the latest revelations claiming that the then Deputy Chief Minister G Parameshwara, as well as close aides of then Chief Minister H D Kumaraswamy and senior Congress leader Siddaramaiah, were possible targets for surveillance just before the toppling of their government two years ago.

Their phone numbers are part of a leaked database accessed by the non-profit French media Forbidden Stories and shared with an international media consortium, which includes The Washington Post, The Guardian and The Wire, as part of what is called The Pegasus Project. According to a report released Tuesday, it is difficult to ascertain whether these phones were infected or subjected to an attempt in the absence of digital forensics.

The records indicate that the phone numbers of some of the key political players in Karnataka appear to have been selected around the time when an intense power struggle was taking place between the Bharatiya Janata Party and the Janata Dal (Secular)-Congress-led state government in 2019, after 17 ruling alliance’s legislators abruptly resigned to force a trust vote in the assembly.

The Wire says these numbers were spotted in its review of records of numbers that were of interest to an Indian client of Israel's NSO group, which sells its Pegasus spyware only to governments.

The numbers form part of a leaked database accessed by the French media non-profit Forbidden Stories and shared with an international media consortium as part of what is called the Pegasus Project.

The leak broke Sunday when the expose by a global consortium of media organisations revealed that the Pegasus spyware was used to allegedly bug 300 mobile phone numbers in India. These included numbers of two serving Union ministers, three Opposition leaders, one constitutional authority, current and former heads of security organisations, administrators, and 40 senior journalists and activists.

Union IT Minister Ashwini Vaishnaw, who himself was on the list, Monday said the report had no factual basis and appeared to be an attempt to “malign Indian democracy and its well-established institutions”.