The stand-up comic had criticised the SC over its ruling to grant Arnab Goswami bail in his four tweets. 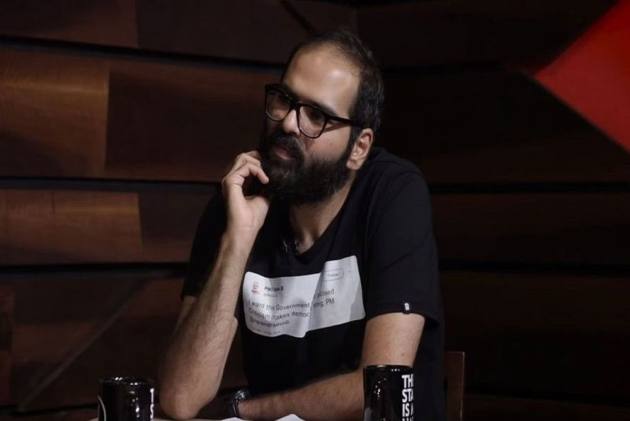 Attorney General KK Venugopal on Thursday gave his nod to initiate contempt of court proceedings against stand-up comic Kunal Kamra for his tweets criticising the Supreme Court of India, according to Bar and Bench.

“The tweets which I am extracting below are not only in bad taste but clearly cross the line between humour and contempt of the court”, said Venugopal in his letter to one of the applicants who had sought consent of the top law officer for initiation of contempt proceedings against Kamra.

“I, therefore, grant consent to proceed by way of initiating contempt proceedings against Kunal Kamra,” Venugopal said in his letter.

The attorney general said that Kamra’s tweets were “highly objectionable” and it “constitutes criminal contempt of court”, he wrote in his consent letter.

A Bombay-based lawyer had written to Venugopal, seeking to initiate contempt proceedings against Kunal Kamra for his tweets criticising Supreme Court's decision to grant interim bail to Arnab Goswami.

Advocate Rizwan Siddiquee's letter noted that Kunal Kamra's tweets are tantamount to a “manifest attempt to lower the authority of the Supreme Court of India.”

He took objection against Kamra's tweets posted during the SC proceedings as well as after it, according to LiveLaw. It says that Kamra's "unruly and salacious" tweets if allowed to go unchecked, would trigger his millions of social media followers to make similar "reckless allegations and diabolical statements against the judges and the courts who do not decide cases in their favor or in accordance to their liking”.  The letter wars that this would "spell the death knell of an independent judiciary".

The tweets centred around SC's ruling to grant Arnab Goswami interim bail in abetment to suicide case on Wednesday. During the hearing, a bench headed by Justice D.Y. Chandrachud and Indrani Chatterjee noted that Bombay High Court had intervened in a matter of "personal liberty" in its refusal to grant bail to the Republic TV editor.

The pace at which the Supreme Court operates in matters of “National Interests” it’s time we replace Mahatma Gandhi’s photo with Harish Salve’s photo...

All lawyers with a spine must stop the use of the prefix “Hon’ble” while referring to the Supreme Court or its judges. Honour has left the building long back...

DY Chandrachud is a flight attendant serving champagne to first class passengers after they’re fast tracked through, while commoners don’t know if they’ll ever be boarded or seated, let alone served.
*Justice*

“The greatest strength of the judiciary is the faith of the people in it, a belief that should not allowed to erode because of a calculated and well-timed propaganda of a few,” the advocate said in his letter.