Lack Of Debate A 'Sorry State Of Affairs': CJI On I-Day

Speaking at an event organised by the Supreme Court Bar Association to mark 75 years of independence, NV Ramana said that the absence of quality debate leaves many aspects of laws unclear and increases the burden on courts. 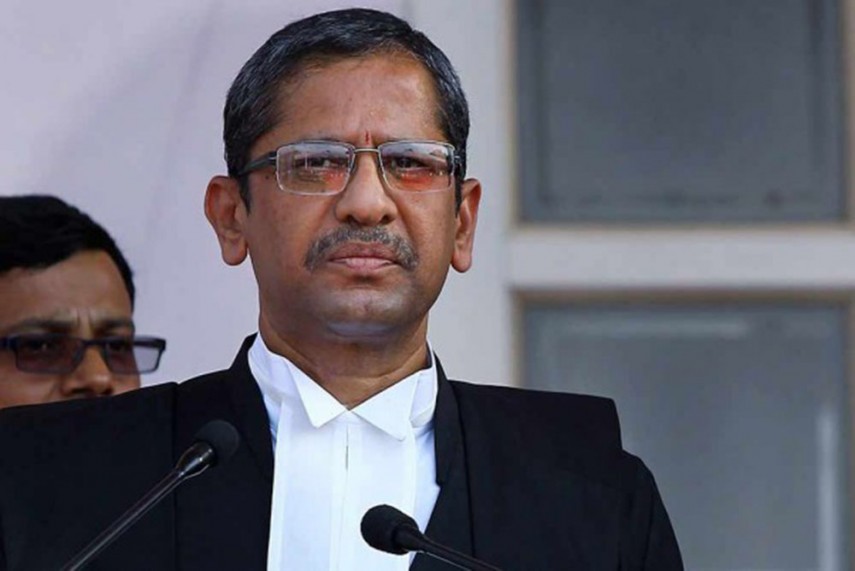 On India's 75th Independence Day, Chief Justice of India N V Ramana expressed his concerns over the lack of debate in Parliament and dubbed it a "sorry state of affairs".

Speaking at an event organised by the Supreme Court Bar Association to mark 75 years of independence, Ramana said that the absence of quality debate leaves many aspects of laws unclear and increases the burden on courts.

He said that an elaborate discussion during the law-making process reduces litigation as when courts interpret them, "we all knew the intent of the legislature".

The Chief Justice exhorted the members of the legal fraternity to participate in public life and share their experience about laws.

He said the country's long freedom struggle was led by lawyers. "Whether it is Mahatma Gandhi or Babu Rajendra Prasad, they were legal luminaries, who sacrificed their property, family and life and led the movement."

"Most of the members of first Lok sabha and Rajya Sabha were all lawyers and members from the legal fraternity. Unfortunately, we know what is happening now in the Parliament with respect to debates on laws," CJI Ramana said in his address to the bar members.

He said there used to be debates in Parliament on various constitutional amendments and how they will affect the people.

"Long ago, I have seen a debate during the introduction of the Industrial Disputes Act and a member from Tamil Nadu used to discuss the law so elaborately as to how the law will affect the working class. It used to reduce the burden on the courts, as when the courts interpreted the law, we all knew the intent of the legislature," the Chief Justice said.

"Now, it is a sorry state of affairs. There are a lot of gaps and a lot of ambiguity in the law-making process due to lack of debates. We don't know what the intent of the legislature is. We don't know for what purpose the laws are made. This causes great inconvenience to the people. This happens when members of the legal fraternity are not in the Parliament and state legislature,"he added.

The Monsoon session of parliament was short-terminated last week following days of relentless protest by the Opposition over the Pegasus snooping row, farm laws, price rise and other issues.

The CJI told the lawyers, "Don't confine yourself to your profession, earning money and living comfortably. Please think over it. We should actively participate in public life, do some good service and share the experience with the country. Hopefully, goodness will come out of it in the country."

The CJI added the Supreme Court has played an active role in the country and has given more than what the Constitution has thought of, but he expects the legal fraternity to contribute more.

"There are small issues but around 75 percent of the people in need of justice have got legal aid. You (lawyers) all should participate in the legal aid movement. On November 26 and 27, we may have two day workshops on Constitution Day on legal aid," he said.

At the outset, the chief justice said it is a historic day and an occasion for all to rethink and review the policies to understand "what we have achieved and what we have to achieve in the future".

"Seventy-five years is not a small period in the history of the country but we have to also consider the vast landscape and geographical condition of our country," the CJI said, while recalling his childhood days when they were given jaggery and and murmura (puffed rice) in school on the occasion of Independence Day.

"Since then, a lot of development has taken place. Small things given to us in school made us very happy but in today's time when we have so many facilities, we are not happy. I think this is due to our saturation level," he said.

Supreme Court Judges AM Khanwilkar and V Ramasubramanian were also present on the occasion alongside several lawyers and members of the Supreme Court Bar Association.

Solicitor General Tushar Mehta, who was also present on the occasion, said the Chief Justice of India is the ‘karta’ (guardian) of the Indian legal family and thus he does not wish to say anything more.

"India is a young democracy and when we look around the neighbouring countries and they call themselves democracy and we all know how they have failed. In contrast, we have been able to sustain it the way it was envisioned by the framers of our Constitution," Mehta said.

The Chief Justice of India unfurled the national flag after which the national anthem was played by a police band.

Supreme Court Bar Association President Vikas Singh welcomed the guests and said that it is a historic day as the country is celebrating its 75th Independence Day. He thanked the Chief Justice and other judges for gracing the occasion.