In contrast to Jammu and Kashmir, where the government has come up with domicile law making it easy to acquire a domicile certificate of J&K for outsiders, the Ladakh government has stuck to the old rules. 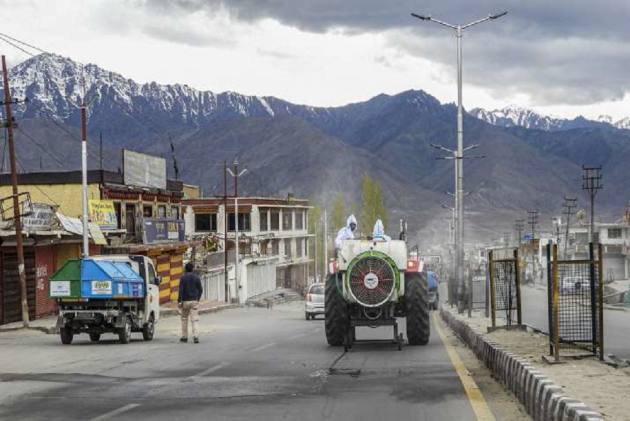 In a major development, the government of the Union Territory of Ladakh issued an order Saturday defining ‘resident of the UT of Ladakh.”

A Slow Death Of The Famed Kashmir Carpet Industry

The provisions of this order authorise the Tehsildar or any other officer notified by the Administration as the competent authority to issue the Resident Certificate.

After the abrogation of Article 370 on August 5, 2019, the government has extended 890 central laws to Jammu and Kashmir and 130 state laws of the erstwhile state of J&K have applied to J&K after modifications. However, at the same time the BJP government in the Centre hasn’t extended any central law to Ladakh or adapted any law from erstwhile J&K state to Ladakh.

Early this year the Union Territory government of Ladakh sought applications for jobs for residents of Ladakh without having any law that defines a resident of Ladakh. The Resident Certificate Order 2021 is a move to define the resident of Ladakh as political parties in Ladakh have been saying they will not accept domicile law on the pattern of J&K.

In the absence of any law extended or adapted in Ladakh there is the widespread assumption in the region that previous law of erstwhile State of Jammu and Kashmir are still applicable in Ladakh.

In J&K the government has taken an altogether different approach. On March 31, 2020, the Centre government notified a law through an executive order defining domicile of Jammu and Kashmir and eligibility for employment in government jobs. Under the law, the domiciles have been defined as those who have resided for a period of 15 years in the Union territory of Jammu and Kashmir or have studied for a period of seven years and appeared in Class 10th, 12th examination in an educational institution located in J&K.