It is becoming increasingly clear that local police did their best to botch up the probe into the 23-year-old’s murder from the very beginning. 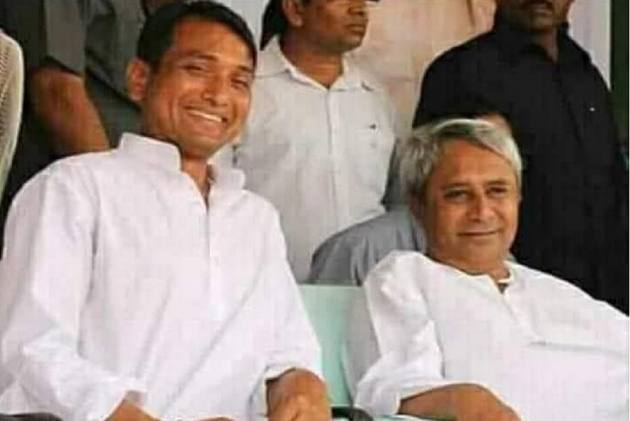 The main accused has been arrested and is in police custody. So is his key associate. But if questions are still being asked about the investigation into the murder of teacher Mamita Meher of Odisha’s Bolangir district, the reason lies in politics. As startling revelations come tumbling out of the closet, it is becoming increasingly clear that local police did their best to botch up the probe into the 23-year-old’s murder from the very beginning.

More worryingly, they haven’t stopped playing footsie with the investigation even at this late stage when the case is at the centre of round-the-clock, statewide attention. The apparent reason for the effort to derail the probe is the person behind the clout of Gobinda Sahu, the accused who has confessed to his crime: Captain Dibya Shankar Mishra, Odisha’s minister of state for home.

Barely an hour after the accused told the police, during a recreation of the crime scene in Mahaling in Kalahandi district yesterday, that he had burned all belongings of the victim along with her body, the wife of his key associate in the murder accused local police of “snatching away” a bag containing a Vivo smart phone, a charger, three ladies’ dresses and some medicines, which she had found under the cot while sweeping the floor in the morning. She was on her way to meet some local journalists and hand over the articles to them when the Kegaon police intercepted her and snatched away the bag, she alleged. The police, who did not prepare a seizure list as required, had not responded to the allegation even 24 hours after it was made.

Odisha Minister In The Dock In Lady Teacher Missing Case

Though there is no official word on the seizure as yet, it is suspected that the articles in the bag belonged to Mamita. Her family members have confirmed that she was using the particular model of Vivo phone found in the bag. The phone could contain vital evidence in the case. But with the police mum about its seizure, there is a real danger of the evidence being wiped out, they suspect. The bag, in all probability, was taken home by Radheshyam Chandi, who had helped Sahu, his employer, dispose of the body and is now in police custody.

Meanwhile, the inspector-in-charge of Kegaon police station in Kalahandi has been suspended after it emerged that he refused to register the FIR sought to be filed by Mamita’s family members after she went missing on October 8. The refusal clearly had to do with the clout Sahu had with the local administration due to his proximity to Capt Mishra. The FIR was finally lodged at Sindhekela police station in Bolangir district on October 13.

The revelations that have come to the fore since the case took the state by storm leave no room for doubt that Sahu—and the college he had founded—enjoyed the generous patronage of the minister and the government. Capt Mishra not only visited the college and spent nights in the campus frequently, but also took his ministerial colleagues along for college functions, according to reports from the ground.

It has now emerged that the college, a private institution, received government funds worth over Rs 23 lakh under various heads in the past few years. This, despite the CAG raising an objection about a Rs 4 lakh grant under the Pradhan Mantri Gram Sadak Yojana for construction of a road leading up to the college in 2011-12 in gross violation of all norms.

With several people, including Mamita’s famly members, alleging that Sahu was running a sex racket in his college, the spotlight looks set to stay focused on this case for quite some time, irrespective of whether the junior home minister resigns—or is made to resign—or not.