Litter And Spice: The Two Sides Of The New Rohtang Tunnel

Nearly 300 hectares in Lahaul's Pattan Valley in Himachal Pradesh will soon be used to cultivate heeng, or Asafoetida. 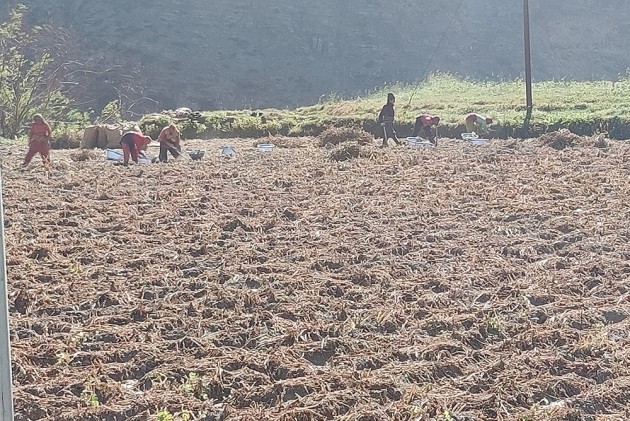 The mesmerising valleys and fragile glacier-fed rivers--- Chander and Bagga- are getting increasingly polluted by the litter, plastic waste , empty bottles  and other garbage left behind by the tourists flocking to the world’s longest tunnel --- Atal Rohtang Tunnel for Lahaul Spiti.

But  there's some good news too.

Nearly 300 hectares in Lahaul's Pattan Valley will  soon be used to cultivate  “heeng,”  or Asafoetida. This expensive and aromatic spice is a must in Indian kitchens,  with a distinct flavour which nothing else can replicate.

A team of leading scientists from the Institute of Himalayan Bioresource, Palampur (IHBT),  a CSIR centre in the Himalayan region,  visited Lahaul recently and held talks with the farmers to convince them to begin heeng cultivation.  A report said the first seedling of asafoetida was planted in Kwaring village of Lahaul valley on October 15.

“This will be first time India will be finding a highly fertile and climatically perfect place for taking-up the cultivation of Heeng . A detailed scientific  research has already gone into various aspects of the project initially covering only 300 hectres, and later to be expandable upto 5000 hectres in rest of Himachal Pradesh like Kinnaur, ,and even parts of Uttrakhand, Ladakh , Arunachal Pradesh and Sikkim, “ says Dr Sanjay Kumar,  Director at IHBT Palampur.

The cultivation will initially be done in Pattan valley, with  seeds brought from Iran through the National Bureau of Plant Genetic Resources (ICAR-NBPGR), New Delhi, he told Outlook.  India imports over a 1000 tonnes of raw heeng  from countries like Afghanistan, Iraq,  Iran and Uzbekistan every year, making it the world's largest importer of the pungent spice.

“The Atal Rohtang tunnel will be a game changer for Lahaul and Spiti. But now because there is hardly any time left for the season, and winters setting in, the farmers will be able to undertake cultivation only in the next season,” said Suman, the Panchayat Pradhan of Sissu –where Prime Minister Narendra Modi had addressed the rally on October 3 after  inaugurating the tunnel. " Modiji  had mentioned the mentioned the possibility of growing lots of medicinal herbs and spices including heeng," she recalled.

IHBT Palampur has already signed a MoU with the Himachal Pradesh government for taking up cultivation of heeng .

Earlier, Chief Minister Jai Ram Thakur in his budget speech in March 2020 had announced cultivation of heeng,  saffron and other aromatic spices in the high altitude areas of Kinnaur, Lahaul-Spiti and Chamba districts under the Krishi Se Sampannta Yojana to boost the local economy. A few years ago, Dr Vikram Sharma , a Bilaspur-born  farmer who is also member of the Indian Coffee Board ,had taken the initiative to introduce cultivation of heeng in the state.

"It's going to be a great opportunity for the Lahaul and Spiti farmers to take up real value addition to their farming as had been hinted by Prime Minister Modi. I will certainly work-out the plans soon," said  Pankaj Rai, the newly-appointed Deputy Commissioner for Lahaul-Spiti.