UP government spokesperson Sidharth Nath Singh said that no one will be allowed to vitiate the atmosphere in ‘sensitive’ Lakhimpur Kheri. 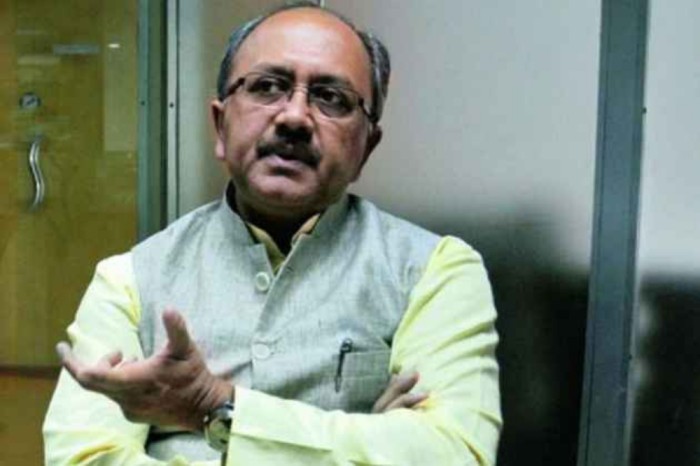 Saying no one will be allowed to vitiate the atmosphere, Uttar Pradesh government Wednesday accused Opposition of adopting “negative” attitude in the “sensitive” Lakhimpur Kheri incident.

The government spokesperson and cabinet minister Sidharth Nath Singh alleged that the opposition parties wanted to visit Lakhimpur Kheri for a photo opportunity.

"Government has taken a decision (by denying permission) as per law and has also requested them (Rahul Gandhi) not to come," he said.

Singh said the state government will go deep into the Lakhimpur Kheri violence.

"In the Lakhimpur case, the law will take its own course and guilty will be caught,” he said.

Singh alleged that the opposition's attitude on the “sensitive” Lakhimpur incident was "negative".

"They got a chance for a photo opportunity and do Twitter politics while sitting at home. Their objective is to take photos and post it on social media," he said.

"No one will be allowed to vitiate the atmosphere," he added.

"If they (opposition leaders) want to visit Lakhimpur, they can do after some days and meet the victims’ families. We have no objection to it," Singh said.

Attacking Gandhi, he said, "now yuvraj” of a party has also decided for political tourism as his sister is already there, referring to Congress general secretary Priyanka Gandhi Vadra who is in detention at the PAC compound in Sitapur since Monday morning.

“He (Rahul Gandhi) might not remember that it was in the Congress regime during the emergency when the massacre took place. Sikhs were killed in 1984 riots," Singh said.

"Rahul says he wants to visit Lakhimpur to know the ground reality. If they know nothing, why you and your sister are jumping (kud rahe hai) on the issue. You put a photo of a drone being used in Sitapur. What’s wrong with it. It’s the technology which is being used by the police," he said.

On Rahul Gandhi's allegation over the post-mortem of the victims, Singh said, "All the families agreed to its report. On request of one family, which had an objection, a panel of four doctors was sent for re-postmortem."

The probe is being conducted in “full "transparency", he claimed,

He alleged atrocities being committed on farmers in Congress-ruled Punjab and Rajasthan.

Gandhi on Wednesday alleged that farmers are being "systematically attacked" and there is "dictatorship" in India now with politicians not being allowed to visit Uttar Pradesh to meet the families of the victims of the Lakhimpur Kheri incident.

Addressing a press conference, Gandhi said he along with two Congress Chief Ministers -- Bhupesh Baghel (Chhattisgarh) and Charanjit Singh Channi (Punjab) -- will try to visit Lakhimpur Kheri to meet the families hit by the violence.

Lucknow Police Commissioner D K Thakur said the Uttar Pradesh government has not given permission for Gandhi's visit, and he will not be allowed to go to Sitapur or Lakhimpur. (With PTI inputs)