Despite his best efforts to pull his father out of the way from the speeding Mahindra Thar jeep, 15-year-old Rajdeep Singh couldn’t save him. 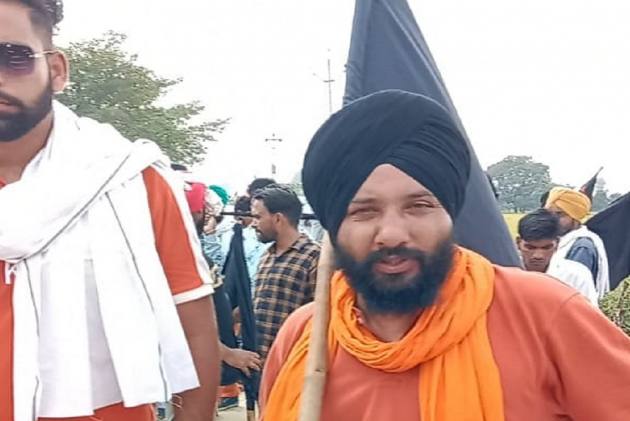 Fifteen-year-old Rajdeep Singh finds it difficult to cope with his trauma. Despite his best efforts to pull his father out of the way from the speeding Mahindra Thar jeep, he couldn’t save him. He witnessed how two vehicles ran over his father’s body one after the other and he remained helpless.

Rajdeep’s father, 35-year-old Daljeet Singh is one of the four farmers, who were mowed down by a convoy of three vehicles allegedly led by Ashish Mishra, son of Minister of State for Home, Ajay Mishra Teni on October 3.

Daljeet had come to attend the farmers’ protest with five of his family members including his son Rajdeep. The father and son were walking together along with hundreds of other farmers to their houses when the jeep came from behind and ran over many of them.

In quick succession, two other vehicles, a Scorpion and Fortuner, followed it crushing all those who were already seriously injured and lying on the ground.

Rajdeep saw his father in a pool of blood and dying a tragic death. In a stampede like situation, he cried for help. Some fellow protestors helped him lift his father’s body and keep on a vehicle to admit him to the nearest health care centre, which is just 1 km away from the site of the incident. But he died before reaching the hospital.

Daljeet’s younger brother, Jagjeet Singh said that Rajdeep is in a state of shock and he is unable to eat and sleep properly.

“He regrets being so helpless that he couldn’t save his father. It is disturbing for a young boy to lose his father in such a tragic manner. It is a lifelong psychological scar,” Jagjeet said.

“He was my only brother. His two children, a daughter and a son, are still studying and his wife takes care of the house. We all are farmers here and our source of livelihood is farming only,” he added. Daljeet’s close relatives have taken the responsibility to look after his family now.

Asked if the family has got compensation of Rs 45 lakh from the government, Jagjeet said, “Yes, we have got it but will the money bring my brother back? Will it erase the traumatised memory of his son Rajdeep? Will it bring back his father?”

Besides monetary compensation, the government has also offered a job for one person from the family of the victims. Daljeet’s family is contemplating to wait for a few years till the time Rajdeep becomes an adult and eligible to take up any job.

Like all other farmers, Jagjeet’s demand is to punish the culprit who planned and executed a heinous crime like running over vehicles on innocent people who were carrying out a peaceful march.

“We have two main demands. First, we have eyewitnesses who confirm that Ashish Mishra was present at the scene of the crime and he executed everything. So he should be punished,” Jagjeet said.

He added, “But any investigation will not be fair unless Ajay Mishra Teni is removed from his current position of Minister of State for Home.”

Jagjeet said that Teni had threatened the farmers of dire consequences when they had shown him the black flag first time in protest against the farm law.

“We held the protest against those threats when we came to know that he was coming to his ancestral village. He is in a powerful position. We believe that he can easily influence the investigation as his son is involved. He must resign in the interest of justice,” Jagjeet demanded.