Ashish Mishra was named in an FIR following allegations that he was in one of the vehicles that mowed down four farmers protesting over UP Deputy CM's visit last Sunday. 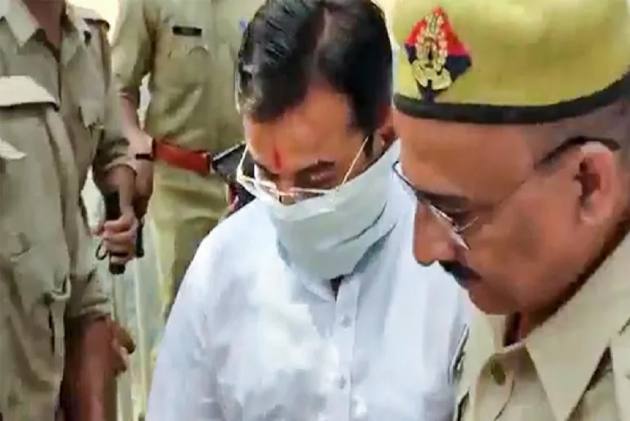 Eight people, including four farmers, were killed in the violence on October 3.

"Police had demanded a 14-day remand of Ashish. They have got three-day remand from October 12 to 15," senior prosecution officer (SPO) SP Yadav told reporters.

The remand will end on October 15 morning.

The police remand was granted by Chief Judicial Magistrate Chintaram, with the condition that Ashish Mishra will not be harassed and his lawyer will remain present during interrogation, Yadav said.

Ashish was arrested on Saturday night after around 12 hours of questioning in connection with the Lakhimpur violence.

Mishra was named in an FIR following allegations that he was in one of the vehicles that mowed down four farmers protesting over UP Deputy Chief Minister Keshav Prasad Maurya's visit last Sunday.

While farmer leaders and opposition parties had been demanding Mishra's arrest, the minister and his son had denied the allegations.

Aged around 35, Ashish Mishra, alias Monu, looks after political activities of his father in his Kheri parliamentary constituency and was also vying for party ticket from the Nighasan seat to contest the upcoming UP Assembly polls.

The Supreme Court had on Friday questioned the non-arrest of the accused, directing preservation of evidence and mulled over transferring the probe to another agency.

The Samyukta Kisan Morcha (SKM), which is spearheading the agitation against the Centre's three farm laws, had alleged that the violence was held under a pre-planned conspiracy and demanded the arrest of the minister and his son.

An "antim ardas" (final prayer) for the dead farmers will held on Tuesday at Lakhimpur Kheri's Tikonia village.

The SKM has also given a call for a "rail roko" protest across the country from 10 am to 4 pm on October 18 and a "mahapanchayat" in Lucknow on October 26.

Ajay Mishra should be "dismissed" from the cabinet and arrested on charges of spreading disharmony, murder and conspiracy, opposition Congress, SP and the SKM are demanding.