This time, Union Minister of State (MoS) for Home Ajay Kumar Mishra's son Ashish Mishra had put himself out as a contender from the BJP for the Nighasan seat in the assembly elections scheduled early next year. 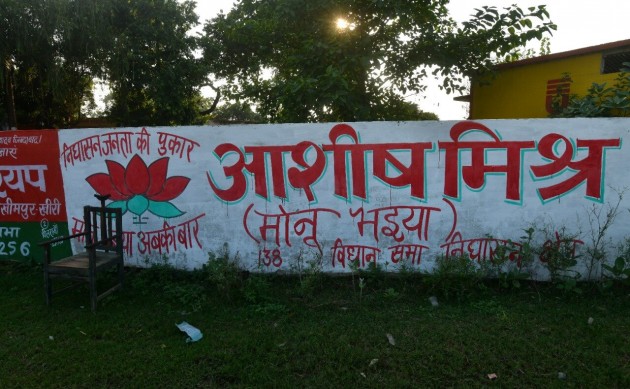 Ashish Mishra, popularly known as Monu bhaiya, was often seen zipping around in a SUV in the Nighasan area of Lakhimpur Kheri, Uttar Pradesh. With an ‘MP’ sticker emblazoned on the windscreen, it was evident that he thrived on the power of his father, Union minister of state for home Ajay Kumar Mishra or ‘Teni Maharaj’.

This time, Monu bhaiya had put himself out as a contender from the BJP for the Nighasan seat in the assembly elections scheduled early next year. It is quite apparent from the hoardings and the graffiti that greet one on entering the area—‘Yuvaon ki pukaar, Monu bhaiya abki baar’. His supporters in the area believed Monu bhaiya would surely get the party ticket and win the seat with flying colours.

In fact, the October 3 ‘dangal’ organised by the Mishra father and son duo, was to be a show of strength to convince the party to give him the ticket from the seat. Deputy chief minister Keshav Prasad Maurya was the chief guest and a cavalcade of three vehicles—a jeep and two SUVs—had gone to receive him. These are the vehicles that ran over the farmers, mowing four of them to death. According to eyewitnesses and the FIR registered by the police, Ashish Mishra was in one of the vehicles and even fired at the protestors as they chased him. 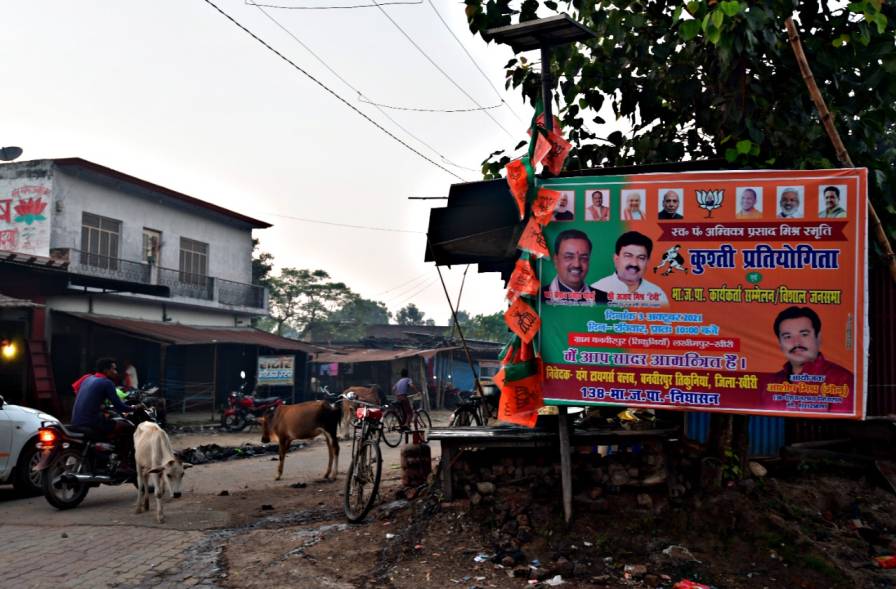 As he finally came for his questioning at the Crime Branch office in Lakhimpur today, his supporters shouted slogans claiming his innocence—“Monu bhaiya nirdosh hai (Monu bhaiya is innocent).” The minister’s son is believed to have stuck to his stand that he was not present in any of the three vehicles, and that he was waiting at the ‘dangal’ ground four kilometres away.

At his home turf in Nighasan, dominated by Brahmins, Ashish still enjoys some support.

“Monu bhaiya ko to Teni Maharaj ka naam aage lekar jaana hai (Monu bhaiya has to carry forward Teni Maharaj’s legacy),” says Hari Om, who runs a tea stall in the area. In the area considered to be the stronghold of the Mishra family, Hari Om thinks Monu bhaiya can still win despite the allegations against him.

However, most people now believe that the BJP will not give him a ticket this time. “How can the party allow him to fight elections after this? If they give him a ticket, the party will not only lose this seat, but it will have an impact in other parts of the state too,” says Bichhattar Singh, a farmer from the area. “He wants to be a ‘bahubali’ (strongman), run over people and then win elections. How is it possible? It can happen in movies and TV shows like Mirzapur, but we will not let it happen here.”