Eight people were killed in the incident, after UP Deputy Chief Minister Keshav Prasad Maurya had visited Lakhimpur Kheri on October 3. 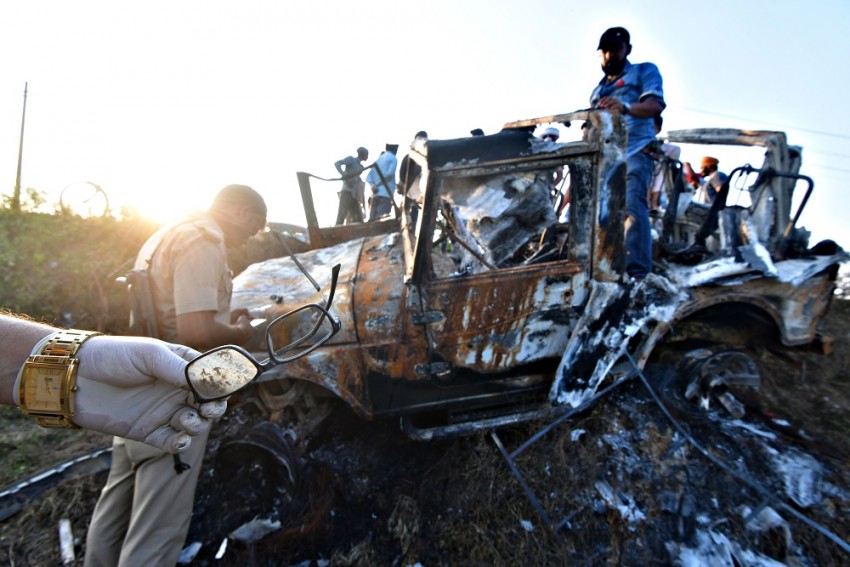 Eight people, including four farmers were left dead in the incident.

Also read: Lakhimpur Kheri: How Violence Broke And Why

The two people were arrested for allegedly lynching two BJP workers, a driver and a local journalist after the death of four farmers, allegedly run over by an SUV in the BJP supporters’ convoy on October 3.

The two were arrested under a second FIR registered in the Tikonia police station of the district over the lynching. Numbering 220/2021, the second FIR was registered under sections 147, 323, 324, 336 and 302 of IPC, the district Crime Branch said in a press release.

A total of four persons have been arrested so far under the second FIR filed in Tikonia Kotwali police station by one Sumit Jaiswal.

Earlier, Vichitra Singh and Gurvinder Singh had been arrested and sent to jail in this case, the press release said.

Senior Public Prosecutor SP Yadav said the two accused Ranjit Singh and Avtar Singh were produced before the competent court, which sent them to judicial custody.

Meanwhile, another court, headed by District and Sessions Judge Mukesh Mishra, deferred till November 15 the hearing on the bail applications of Union Minister Ajay Mishra's son Ashish and two others in the case.

Ashish Mishra alias Monu, Ashish Pandey and Lavkush Rana are among the 13 accused arrested in connection with the FIR filed in the death of four farmers in Tikonia.

A total of eight people were killed in the October 3 violence which took place during a protest over Uttar Pradesh Deputy Chief Minister Keshav Prasad Maurya visit to Lakhimpur Kheri. (With PTI inputs)