About 10,000 residential constructions in Lakarpur Khori village in Faridabad district are likely to be demolished due to the latest SC order. 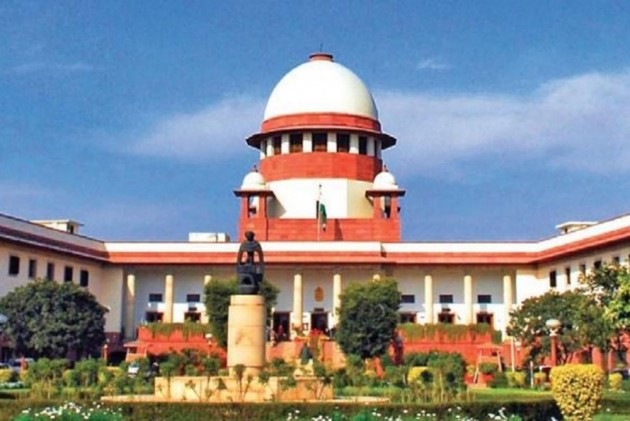 In a strongly worded directive, the Supreme Court Monday asked the Haryana municipal corporation to remove “all encroachments” in the Aravali forest, stating that “land grabbers cannot take refuge of rule of law” and talk of “fairness”.

About 10,000 residential constructions in Lakarpur Khori village in Faridabad district are likely to be demolished due to the latest SC order.

The apex court has also sought a compliance report by Haryana government officials regarding the removal of encroachments within six weeks.

A vacation bench of justices A M Khanwilkar and Dinesh Maheshwari observed, "In our opinion the petitioners are bound by the directions given by the Punjab and Haryana High Court and the Supreme Court in orders..,” while making it clear that the state government may consider the plea of rehabilitation independently.

“Therefore we reiterate our directions given to the state and the Faridabad Municipal Corporation and expect that the corporation will remove all encroachments on forest land not later than 6 weeks and report compliance..,” the bench ordered after hearing a plea filed by five alleged encroachers led by one Sarina Sarkar against the demolition drive of the civic body.

The top court, in a hearing conducted via video conferencing, directed that the Deputy Commissioner of Police of Faridabad will be responsible for providing police protection to the civic body officials in the demolition drive.

The bench made clear that the compliance of earlier orders, asking removal of encroachments from forest land, would be verified by it.

During the hearing, the bench took note of the submission that the illegal dwellers have no place to go and the state be directed to rehabilitate them before their eviction, saying the “land grabbers cannot take refuge in the rule of law” and talk of “fairness”.

“Let the people be accommodated as soon as they are evicted,” senior advocate Colin Gonsalves, appearing for petitioners, said.

“Who is asking this? Land grabbers! When you come to court you become honest and law abiding and on site, you do not do anything lawful,” the bench observed.

In the first round of litigation, we were unable to get a favourable order for getting the demolition stopped, Gonsalves said, adding, “People should be rehabilitated and the right to housing cannot be denied.”

"We had passed an interim order in February, 2020 and since it is an encroachment of forest land, it has to be vacated and if in future, the state government wants to accommodate you that is up to the state,” the bench observed.

The bench said that it would be asking the civic body, as to why the encroachments have not been removed despite its February, 2020 order on it.

So far as forest land is concerned, there was no question of compromise irrespective of the policy, the bench said.

“Why have they not been removed,” the bench asked the counsel appearing for Haryana after he replied affirmatively to the query whether the petitioners were living on forest land.

“First forest land has to be cleared. No concession with regard to the forest land. Do not give us COVID excuses. File a compliance report,” it said, adding that it may be a case where some are in “hand in glove” with encroachers.

“Demolition is taking place,” the counsel for the state said.

The bench asked Gonsalves to advise petitioners to vacate the land on their own; otherwise, the state and the municipal corporation will clear the land.

“When you come here Gonsalves, you speak of rule of law, is this rule of law. You grab forest land and then you ask a policy to be formulated,” the bench said.

The bench said it was not dismissing the petition and kept it pending because it wanted its order to be complied with.