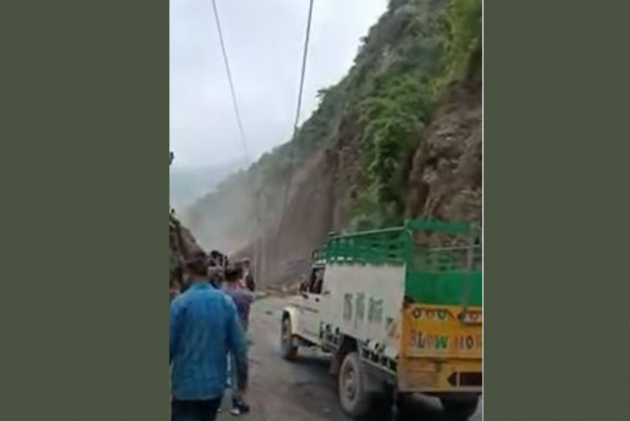 A landslide was reported in Himachal Pradesh’s Sirmaur district on Tuesday morning near the Renuka -Haripurdhar road. While no loss of lives have been reported so far, the landslide resulted in traffic disruptions in the area.

Sirmaur DC Ram Kumar Gautam said, the landslide occurred while road construction work was taking place in the area. Just 700 meters away from the landslide spot, the Renukaji dam is being constructed.

Meanwhile, another landslide hit the state’s Solan district early Tuesday, trapping three people under the debris, a state disaster management official said. While one of them has been pulled out of the rubble, an operation is on to rescue the other two. Teams of the district administration and police are on the spot, he added.

As per a report received from the Solan District Emergency operation Centre (DEOC), the landslide occurred near a hotel in sector three in Parwanoo of Kasauli sub division at around 2:30 AM, he added.