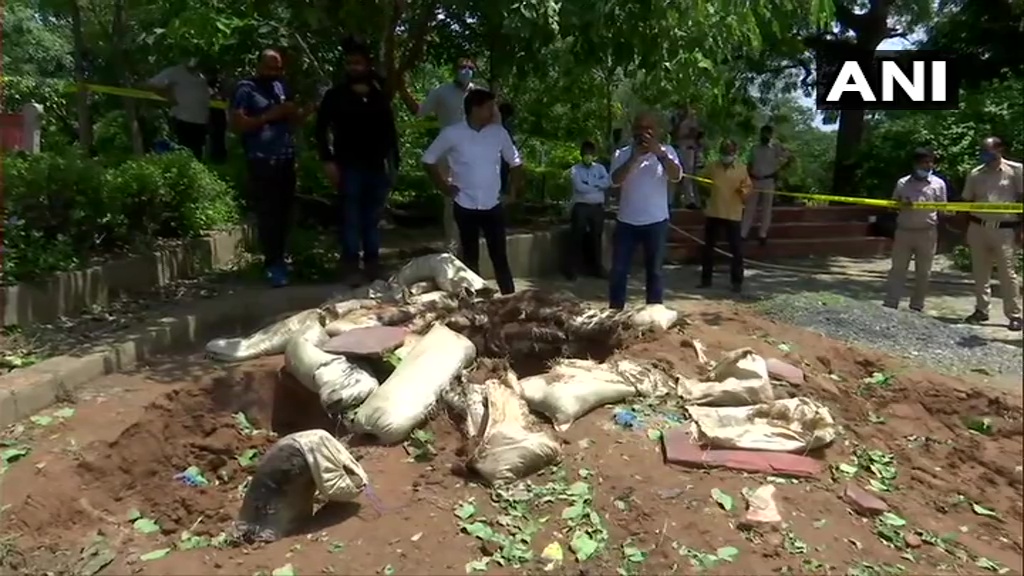 The Delhi Police has recovered a large quantity of explosives and an ISIS flag from the house of Mohammad Mustakim Khan in Balrampur in Uttar Pradesh two days after he was arrested in the national capital, officials said on Sunday.

"Each explosive packet, removed from jackets, was wrapped with transparent tape which contains explosive and cardboard sheet pasted with ball bearings and electric wires were coming outside from it," Deputy Commissioner of Police (Special Cell) P S Kushwah said.

Khan had planned to carry out a "lone wolf" strike at a heavy footfall area in the national capital.

Among other material recovered from his house were "one wooden broken box (for target practice), 30 ball bearings of different diameters, one packet containing 12 small boxes of ball bearings, three lithium batteries -- two of 4V and one of 9V, two cylindrical metal boxes, one ampere meter yellow colour".

"Two iron blades, attached in parallel to each other, connected to electric wires from sides, one wire cutter, two mobile chargers, a table alarm watch attached with electric wires and one black colour tape were also recovered from his house," Kushwah said.

Security was stepped up in the national capital and in neighbouring Uttar Pradesh following the arrest.

Khan, 36, planned to strike in the national capital on August 15, but could not do so due to heavy security arrangements.

He had been under the watch of security agencies for the last year.

Khan was first handled by Yusuf-al Hindi, ISIS chief of India operations, who was killed in Syria in 2017. After that he was handled by Abu Huzaifa Al Bakistani, a resident of Pakistan, who was killed in a drone strike in Afghanistan in July 2019. Later, another handler instructed him to carry out strikes, the police official had said.

He had tested a small IED near the burial ground in his village. After successful testing, he used the same method to make two pressure cooker IEDs.

Khan was sent to eight-day police custody by a Delhi court on Saturday.