Last Solar Eclipse Of Decade Witnessed In Parts Of India

A solar eclipse occurs when the moon comes in between the earth and the sun and all the three bodies are aligned. 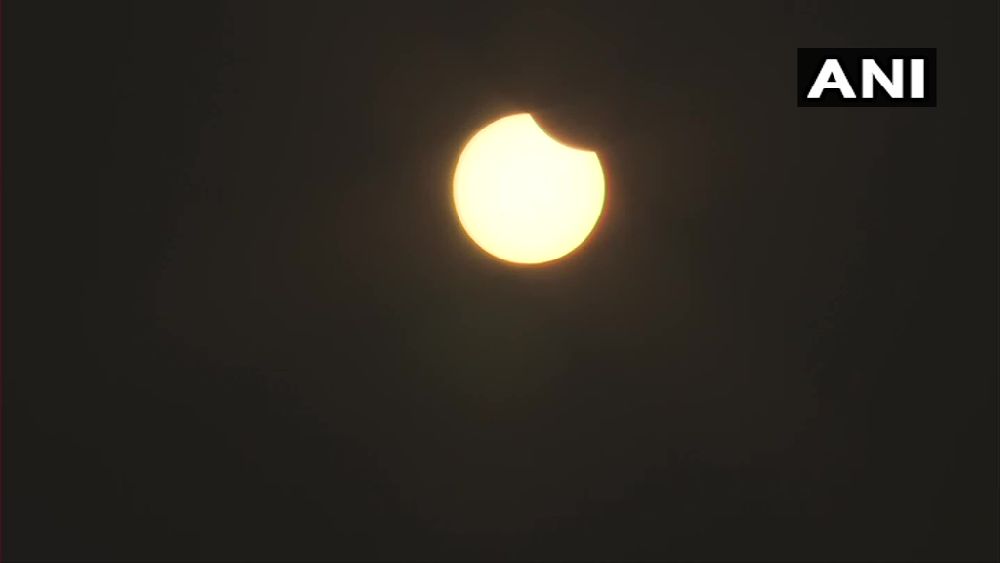 Several parts of the country, including Odisha, Kerala, Gujarat, Tamil Nadu, Karnataka, Maharashtra and Delhi, witnessed a solar eclipse, last of the decade, on Thursday morning.

An annular eclipse occurs when the moon covers the sun's centre, leaving the sun's outer edges visible to form a 'ring of fire' or annulus around the moon.

The Ministry of Earth Sciences said that annular phase will be visible in the morning after sunrise from some places within a narrow corridor of the southern part of the country (parts of Karnataka, Kerala and Tamil Nadu) and it will be seen as partial solar eclipse from the rest part of the country.

The ministry said that the narrow corridor of the annular phase of the eclipse will pass through the southern part of the country through places like Cannanore, Coimbatore, Kozhikode, Madurai, Mangalore, Ooty and Tiruchirappalli.

In India, the obscuration of Sun by the Moon at the time of the greatest phase of the annular eclipse will be nearly 93 per cent. As one moves towards the north and south of the country from the annular path, the duration of the partial eclipse decreases.

The ministry said that eclipsed sun should not be viewed with the naked eye, even for a very short time and cautioned that it will cause permanent damage of the eyes leading to blindness even when the moon covers most portion of the Sun.

Safe technique to observe the solar eclipse is either by using a proper filter like aluminized mylar, black polymer, welding glass of shade number 14 or by making a projection of Sun's image on a white board by telescope, it said.