National Medical Commission must give 30 days time for state governments, medical professionals and the general public to give their views on the new MBBS admission rules. It has not done so. 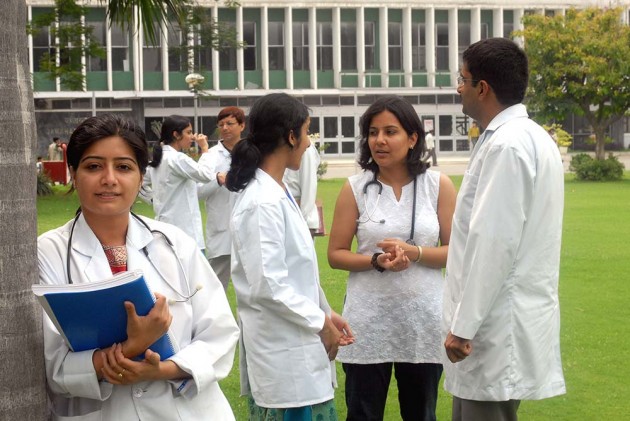 The new norms came into force on October 31, titled ‘Minimum Requirements for Annual MBBS Admissions Regulations, 2020’. Before this, MBBS admissions were guided by regulations made by the now-defunct Medical Council of India (MCI).

The government passed a law on August 8, 2019, replacing the MCI with NMC. It constituted the NMC by appointing a chairman, a secretary and 29 members on September 24, 2020, effectively abolishing the MCI, which was seen as a corrupt body.

Want To Cross Verify A Doctor's Credentials? Sorry, You Cannot

The new regulations framed by NMC have amended the land requirement for opening a medical college, teaching faculty, the requirement of beds among other things.

Before finalising these regulations, the NMC had uploaded the proposed draft on its website on October 13 and asked all stakeholders to provide their feedback in five days from October 14 to October 19. However, NMC rules 16 (d) say that the Commission must put a draft regulation on its website for 30 days.

This provision of 30 days has been made to give enough time to state governments, union territory administrations, and other stakeholders, such as the association of medical professionals, the association of resident doctors, and patient rights bodies including the general public to provide their views.

Some medical colleges say that Rule 16 (d) was overlooked to give the benefit of the new regulations only to new applicants.

“Rome was not built in a day. Likewise, Medical College and its Teaching Hospital requires huge facilities and cannot be reoriented overnight,” says head of a medical college on the condition of anonymity.

Legal experts say that the provisions for inviting public comments and their consideration are a safeguard against the arbitrary exercise of power by the executive.

“The regulations have to be framed strictly in accordance with the procedure specified. If the regulations specify that they have to be kept open for 30 days for public comment and if it has not been done, it can be contested in courts," says senior Supreme Court advocate Tarun Gulati.

Other legal experts agree with Gulati that any delegated legislation framed without compliance with the procedure prescribed can be struck down by the Court as invalid. Lawyer Santosh Kumar, who deals with education-related matters, says that the NMC hasn’t complied with Rule 16 (d) and if it is challenged before a court of law, it may be set aside.

Supreme Court lawyer DK Garg adds that public servants are required to faithfully abide by legislation and ought to be held accountable for any breach of law. "In a case of a procedural lapse, if the new regulations are set aside then the entire process shall be left in the lurch,” he says.