Learned A Lot From Second Wave, Ensured Funds In Every District: Health Minister

The minister said the Union Cabinet recently approved a Rs. 23,000-crore financial package for Covid-19 emergency response through which a comprehensive plan and capacity-building over the next six months is being taken up. 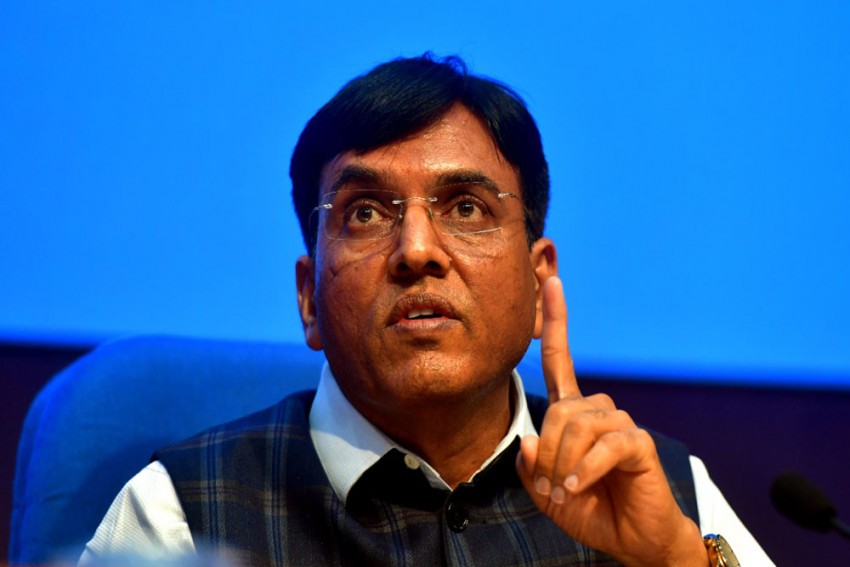 Union Health Minister Mansukh Mandaviya on Monday said that the government has learned a lot from the second wave of Covid-19 and has ensured adequate funds in every district.

"We have learnt a lot from the second wave like oxygen supply, hospital beds and medicines. We have now ensured adequate funds in every district for buying critical care medical requirements in an emergency," Mandaviya said.

The minister said the government has made adequate provisions for paediatric care in all hospitals as it undertakes capacity-building measures under a comprehensive plan over the next six months through the recently approved Rs 23,000 crore Covid-19 emergency response package.

He was speaking at the virtual inauguration of two 1000 LPM (litres per minute) capacity oxygen plants at the government-run Sir Takhtasinhji Hospital, Bhavnagar, which have been installed by the Deendayal Port Trust at Rs 2.53 crores through its Corporate Social Responsibility, a statement said.

He said the Union Cabinet recently approved a Rs. 23,000-crore financial package for Covid-19 emergency response through which a comprehensive plan and capacity-building over the next six months is being taken up.

"We have made adequate provisions for paediatric care in all hospitals to provide the most effective healthcare for children. We are also developing a system of buffer stock at state and centre level that can be used in case of any health crisis," he was quoted as saying in a health ministry statement.

Reiterating Prime Minister Narendra Modi's vision for the country, Mandaviya said India is working in the spirit of Lok-Bhagidari through a "whole of society" approach to keep itself safe from COVID-19, the statement said.

"It is an evidence of sheer cooperation among different stakeholders from both public and private sector that we ramped up our oxygen capacity that was mere 4,000 MT (metric tonne) to more than 12,000 MT in a short span of time," he stated.

Mandaviya inaugurated the two PSA plants in the presence of Sarbananda Sonowal, the Union Minister for Ports, Shipping and Waterways.

Along with the two oxygen generation plants, a copper piping network and associated facilities like a fire-fighting system and an automatic oxygen source changeover system were also inaugurated, the statement said.

The installed PSA oxygen generator units have the capacity of 1,000 LPM (litres per minute) each, i.e. 60,000 liters/hour at 5-6 bar pressure of each unit totalling 1,20,000 liters/hour, which can be utilised for the treatment of COVID-19 as well as other patients, the statement said.

The system will ensure a smooth and continuous oxygen supply to the hospital, the statement said.

A PSA unit generates pure oxygen by the continuous process of pressure swing adsorption and desorption methods through imported molecular oxygen sieves in pressurised and de-pressurised state in the unit and finally delivers oxygen of minimum 93 per cent purity, the statement said.