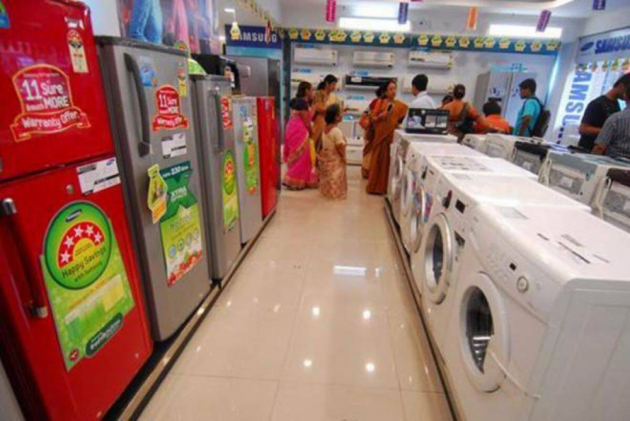 With Covid-19 cases continuing to break out across the country, several states and district administrations have embarked on a drive to vaccinate a majority of the citizens. In this regard, the Chandrapur Municipal Corporation in Maharashtra seems to have come up with a novel solution to ensure maximum vaccinations.

In a bid to encourage more and more people to get inoculated against Covid-19, the authorities have announced a vaccination bumper lucky draw, with lucrative prizes ranging from LED TVs, refrigerators to washing machines.

Citizens who come to the civic-run vaccination centres to get their jabs from November 12 to 24 will get a chance to win these prizes, according to a release issued by the municipal corporation on Wednesday evening.

The decision to offer the incentives to citizens was taken during a review meeting held under the chairmanship of Mayor Rakhi Sanjay Kancharlawar.

After the meeting, civic commissioner Rajesh Mohite and other officials appealed to people to go to their nearest civic-run inoculation centre and get vaccinated.

Those who take the jabs between November 12 and 24, will be eligible to participate in the lucky draw, which offers a refrigerator, washing machine and LED television set as first, second and third prizes, respectively.

Besides, 10 citizens will get mixer-grinders as consolation prizes, according to the civic body.
So far, 1,93,581 citizens have got their first dose of vaccine in Chandrapur city, while 99,620 have received both doses, the release said.

The number of vaccinations is still low compared to the total number of eligible persons in the city, it said.

The civic body's health department has set up vaccination facilities at 21 centres here and all eligible people should get vaccinated at the earliest, the mayor said.

The civic body in its release also said it has decided that hawkers, essential service providers and shopkeepers will have to show their vaccination certificates, of having taken at least one dose, or else they would not be allowed to enter the city's markets.

The government has directed to achieve the target of cent per cent vaccination in the city. Hence, every establishment should plan to get its employees inoculated and even other eligible members of the general public should get their jabs before November 30, Mohite said.

It is mandatory for every service provider, including vendors and vegetable sellers, and those who come in frequent contact with the public to get vaccinated, he said.

People should also carry the vaccination certificate with them and produce it whenever required, he added.

On Wednesday, three new Covid-19 cases were reported in Chandrapur district, while there was no fatality due to the viral infection, as per the district information office.
So far, 88,823 cases and 1,542 deaths have been reported in the district since the outbreak of the pandemic last year, as per official data.