Left Was Right On N-deal: Brinda Karat On Book Row

Former Foreign secretary Vijay Gokhale’s book ‘The Long Game: How the Chinese Negotiate with India”, has kicked up a row recently. Brinda Karat, Politburo member and senior leader of the Communist Party of India (Marxist) spoke to Outlook about the book, the nuclear deal and more. 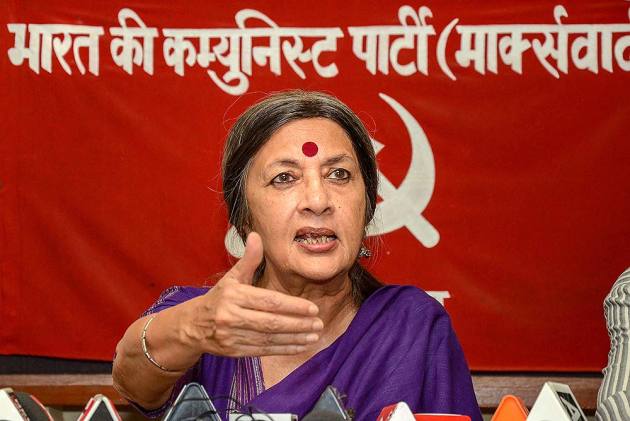 Former Foreign secretary Vijay Gokhale’s book ‘The Long Game: How the Chinese Negotiate with India”, has kicked up a row recently. In the book, Gokhale claims that China tried to use the Left parties in India to scuttle the India-US civil nuclear deal. Dismissing the author’s claims as false, Brinda Karat, Politburo member and senior leader of Communist Party of India (Marxist) spoke to Outlook on why the Left parties’ stands vindicated on its opposition to the nuclear deal.

Former foreign secretary Vijay Gokhale in his book, ‘The Long Game: claimed that China used its “close connections” with Left parties in India to “build domestic opposition” to the Indo-US nuclear deal between 2007 and 2008.”. How do you react to it?

These are utterly false and baseless allegations. Mr Gokhale should have done his homework better. There was a Committee formed between the Left and the UPA with senior members on both sides to look into the various aspects of the nuclear deal. He should have looked up the written records available about the discussions and notes exchanged between both parties. It would have conclusively shown that at the heart of the Left opposition was the concern about the protection of India’s sovereignty. Our objection was against the US efforts to make India a subordinate ally in a strategic tie-up to serve US interests in Asia and to put conditions as stated in the notorious Hyde Act adopted by the US parliament. We know that there is a strong lobby among India’s top officials and defence experts who have their training in the US and are committed to eliminating India’s independent foreign policy in favour of the US. I do not know if Mr Gokhale belongs to that group.

The book says that “this might have been the first instance for China to operate politically in Indian domestic politics knowing the influence that the Left parties wielded in the UPA Alliance government of Dr Manmohan Singh”. Did any discussion take place between Left leaders and the Chinese government in this regard?

While making these wild allegations, Mr Gokhale should also have answered whether the BJP’s opposition to the nuclear deal was also promoted by such “ interests.” As I said these allegations are baseless and unsubstantiated.

Why did the Left parties fiercely oppose the Indo-US nuclear deal?

The party’s opposition to the nuclear deal is well known and has been explained in many forums. What I would like to reiterate here is that our stand has indeed come to pass. India has not benefitted in any way from the deal. Not a single unit of nuclear energy produced, no technology transfer, no question of supplies but what has happened is that India has become more closely tied to the US foreign policy objectives which have been harmful, to say the least for our country.

Do you think the contents of the book will have political ramifications as it comes at a time when the Opposition parties have put up a united fight against the ruling BJP against critical issues concerning Pegasus snooping scandal,  economy, and farmers’ protests among others?

The CPI (M) has a clear-cut position on all these issues which is well known. We stand for the interests of India against the sell-out to corporates, foreign and domestic, we stand for workers, farmers, and the people of India, we oppose draconian laws like UAPA in the name of security which as has been proven time and again is nothing but an assault on democracy. Communists are the real patriots, not fake nationalists.

Recently, the BJP questioned the Left’s loyalty after its leaders participated in an online event of the Chinese Communist Party’s centenary celebrations. Do you think the BJP will use these allegations in the book to show the party in a bad light?

Those who played no part in the freedom struggle and kowtowed to the British and today are selling out India’s natural and national resources to foreign and domestic capital, dividing the country in the name of religion, destroying democracy, are themselves in the dock in the court of the people.  If those who destroy the constitutional framework are anti-national, then the BJP qualifies as the biggest anti-nationals.