AP Governor Biswa Bhusan Harichandan has given his assent to the AP Decentralisation and Inclusive Development of All Regions Bill, 2020,and the AP Capital Region Development Authority (Repeal) Bill, 2020. 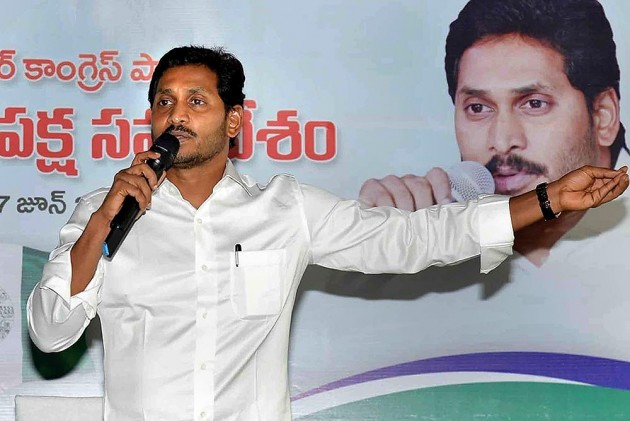 The state law department promptly issued gazette notifications giving effect to the new Acts but the government will have to clear legal hurdles before it could finally make its three capitals plan a reality.

The issue is now pending before the AP High Court.

Highly-placed government sources averred that it would take "some more time" to put the three capitals plan into action despite the relevant laws being in place now.

"We are not in a hurry," they observed.

The Council Chairman, using his discretionary powers, referred the two Bills to Select Committees for wider examinations but the Committees itself were not constituted all these months.

But the government sent the Bills to the Governor for his assent under Article 197 (1) and (2) of the Constitution and, after wide-ranging legal consultations, he gave his assent to the new legislation, highly-placed official sources said.

"The Governor took into consideration a host of issues, including the objections raised by the opposition parties, against the legislation.

He has clearly expressed his views point-by-point to all the issues while giving his assent to the two Bills," the sources added.

The Jagan Mohan Reddy government brought in the AP Decentralisationand Inclusive Development of All Regions Bill, 2020, to give shape to its plan of having three capitals for the state, with the executive capital in Visakhapatnam, Legislative capital in Amaravati and judicial capital in Kurnool.

It also provides for dividing the state into various zones and establishing zonal planning and development boards.

The village and (municipal) ward secretariats system that the government brought in October last year now gets statutory backing as it has been made part of the new legislation.

The other legislation is intended to repeal the AP Capital Region Development Authority Act, 2014.

The CRDA Act was enacted on December 22, 2014 for the development of the state capital post-bifurcation with a specific area demarcated as the capital region.

Now that the YSR Congress government decided to have three capitals for the state, the CRDA Act is being repealed.