Move comes ahead of talks with Union home ministry about status of Ladakh region. 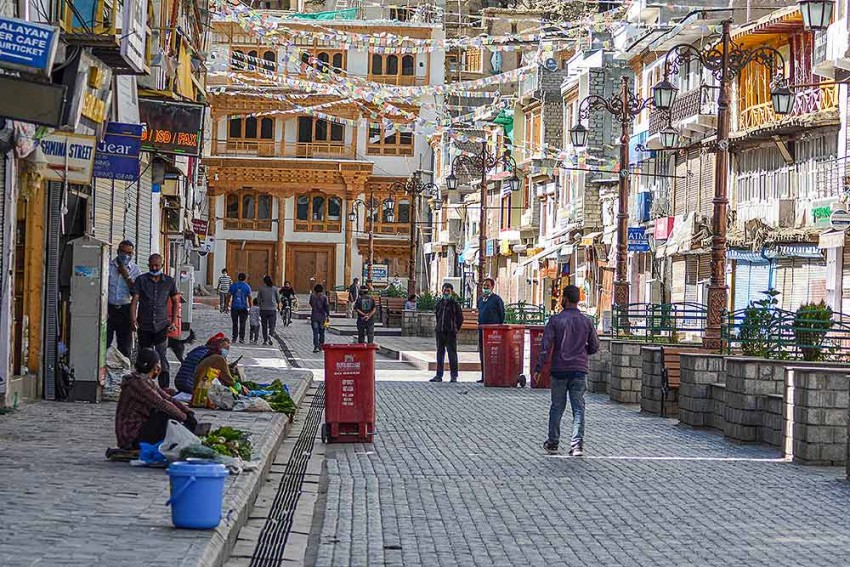 Ahead of talks with the Union home ministry about the status of Ladakh region, the Peoples Movement for Sixth Schedule, a group of religious and political parties, on Wednesday held a discussion with Kargil Democratic Alliance to form a consensus about the future of Ladakh.

The leaders of Leh and Kargil said they would jointly oppose any step that goes against the interests of the Ladakh region. The leaders said both the regions would oppose any anti-Ladakh legislation jointly.

The Peoples Movement of Sixth Schedule which includes the BJP has been formed by all political and religious groups in Leh to get Sixth Schedule status for Ladakh region, whereas, Kargil Democratic Alliance, a conglomerate of all religious and political groups of Kargil is asking for full statehood of Ladakh with a chief ministerial post.

Kargil Democratic Alliance has also been opposing the revocation of Article 370 and Article 35A of the Constitution and has been calling for their restoration.

“The meeting was held in a cordial manner and all issues were discussed,” said Asgar Ali Karbalai, co-chairman of Kargil Democratic Alliance. “We agreed on a number of issues and we also disagreed on a number of issues. We will continue these meetings for larger interests and aspirations of Ladakh region,” he said. “We discussed statehood, Sixth Schedule and a lot of other issues,” Karbalai added.

Former minister and MP Thupstan Chhewang, who was leading the Peoples Movement for Sixth Schedule, said this has happened for the first time in the history of Ladakh when the leaders of Kargil and Leh had such deliberations. He said the meeting was important for the future of Ladakh and the future generation of Ladakh.

“In this meeting, we discussed a number of issues and it was decided to hold such meetings in future,” Chhewang said. He said any issue that goes against the interest of Ladakh and its future would be opposed by both these organisations jointly.

Karbalai said any anti-Ladakh legislation would be jointly opposed by Leh and Kargil leadership.

Ahead of the Ladakh Autonomous Hill Development Council (LAHDC), Leh, polls in October this year, prominent political leaders, political parties including the BJP and religious monks from the region fearing demographic changes formed the Peoples Movement of Ladakh. They are demanding constitutional safeguards for locals of the region under Sixth Schedule of the Constitution. A delegation of the People Movement of Ladakh had met home minister Amit Shah in Delhi. The ministry assured the delegation of conceding the demand after the LAHDC polls following which the Peoples Movement of Ladakh withdrew the poll boycott call.

On August 5, 2019, when the BJP-led central government revoked Article 370 of the Constitution and bifurcated Jammu and Kashmir into two Union Territories —Ladakh and J&K—the Leh region of Ladakh had welcomed the move while protests were held against the revocation of Article 370 in the Kargil district.

However, since early this year, political parties in Leh are seeking special status for the UT of Ladakh to preserve demography, land, environment, culture and the Sixth Schedule.

On September 3, the BJP-led LAHDC Leh had passed a resolution, seeking safeguards under Article 371 of the Constitution or Sixth Schedule or domicile law, to protect the tribal rights of the indigenous people of Ladakh.

Since the bifurcation of Jammu and Kashmir and Ladakh, the government hasn’t extended or adapted any law for Ladakh leaving it, what Karbalai says “lawless.”

However, in case of Jammu and Kashmir, the central government has issued three gazette notifications since March this year adapting and extending a range of laws to Jammu and Kashmir, including controversial domicile laws and land laws.