Piyush Goyal said that online monitoring through CCTV cameras is done at passenger reservation centre as well as other areas of major railway stations. 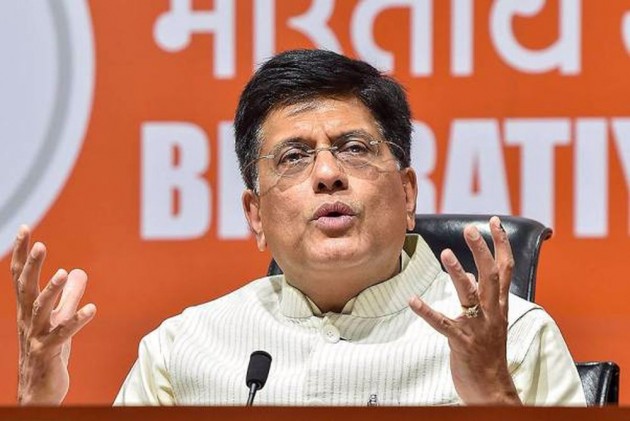 Indicating that less than 10 per cent of railway stations in India have closed-circuit television (CCTV) cameras installed, Union minister Piyush Goyal on Wednesday told the Lok Sabha that the railways have installed CCTV cameras at 686 stations out of 7,349 stations across the country.

Responding to a query in the lower house, the minister said that online monitoring through CCTV cameras is done at passenger reservation centre as well as other areas of major railway stations.

"Closed Circuit Television (CCTV) cameras have been provided at 686 stations.

Fact Check: Has Indian Railways Cancelled All Trains Till March 31? Know The Truth

"If any unlawful/suspicious activity is observed, immediate action is taken. Presently, the prevention of entry of persons is not done by using CCTV monitoring. However, surveillance on persons indulging in suspicious/objectionable activities is maintained and intervention is made as and when the need arises," he said.

Of the 686 stations, 156 are in Maharashtra, followed by Uttar Pradesh with 69 stations, West Bengal with 67 stations, and Bihar 47 stations.

While Rajasthan has CCTV cameras at 31 stations, Tamil Nadu has the facility at 35 stations. The states in the northeast, except Tripura and Nagaland which have one station each with cameras, and Puducherry have no stations with CCTV cameras, he said.