Sushil Modi also hoped that bitterness, ill-will and mistrust in the NDA camp would fade away. 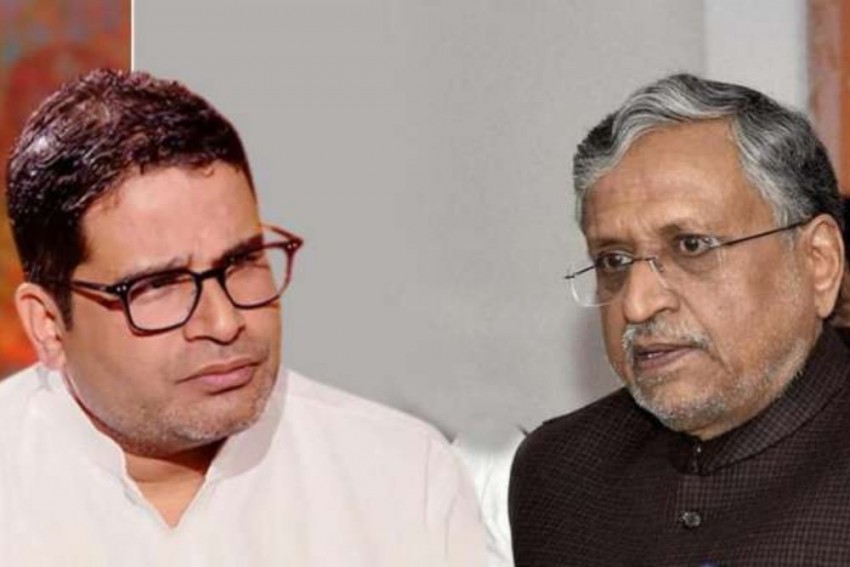 "Let bygones be bygones," Bihar Deputy Chief Minister Sushil Kumar Modi said on Wednesday hoping that in the New Year, "bitterness, ill-will and mistrust" caused by his recent exchanges with JDU's Prashant Kishor will fade away ahead of the assembly elections in the state.

The senior BJP leader, who was receiving guests at his residence on the occasion of New Year, also hoped that the people of the state will vote for the NDA in assembly polls with the same enthusiasm as was evident in the Lok Sabha polls wherein the coalition won 39 out of 40 seats.

"May the New Year bring peace and prosperity to the people of Bihar who give their blessings to NDA just like they had done in the parliamentary elections last year," Modi said when asked by journalists what message he would like to give on the day.

When asked about the bitterness in the wake of his veiled attack on Kishor and the latter's strongly-worded riposte to the same, Modi said 'jo baat beet gayee so beet gayee (let
bygones be bygones)'.

He also hoped that "katuta (bitterness), dwesh (ill-will) and avishwas (mistrust)" in the NDA camp would fade away.

Notably, the political temperature in the state had soared in the last few days after Kishor in interviews granted to a number of news channels contended that the JD(U) must contest on more number of seats in assembly polls than the BJP.

On Monday, Modi launched a veiled attack on Kishor without mentioning his name, making snide remarks on Twitter about his businesses as a professional electoral strategist and accusing him of violating coalition dharma and benefiting the opposition.

Kishor hit back on Tuesday as he wrote on Twitter, mentioning the Deputy CM by name, that he was bemused to hear about coalition dharma from the BJP leader who owed his position to "circumstances"Â  alluding to the saffron party having lost the assembly elections of 2015 but achieving power two years later on account of a volte-face by Nitish Kumar.

Kishor's attack on Modi left the BJP fuming and the party leaders cutting across the factionsÂ  inveighed against the JD(U) national vice president even as the Chief Ministers party sought to avoid getting drawn into the controversy.

On Monday, Kishor had also drawn flak from JD(U) heavyweight RCP Singh who had questioned the "untimely" utterances on seat-sharing.

Kumar evaded queries about the raging controversy on Tuesday and muttered: "sab theek hai" (all is well) while hurrying past the posse of journalists.

After receiving guests at his residence, Modi paid a visit to the Chief Minister who lives next door and the two exchanged New Year greetings with a warm hug.

Kumar also told the Deputy CM that he was pleasantly surprised to see the latter on the day as he had expected Modi to be away in Chennai for a while.