The court also said that only those organisations or volunteers who are registered with the Animal Welfare Board of India (AWBI) can carry out feeding or birth control activities. 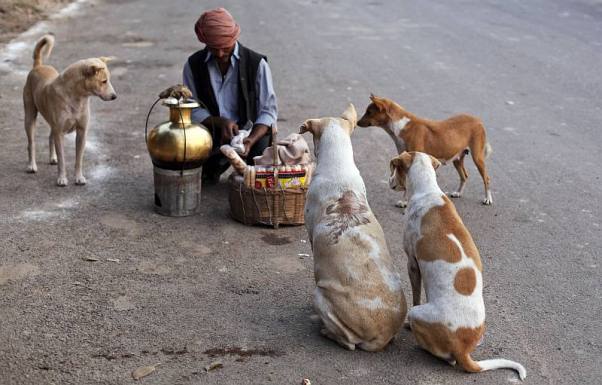 The Kerala High Court while dealing with the issue of poisoning of street on Friday said that setting up feeding centres for stray dogs would ensure they do not become aggressive and attack colony residents and would also remove fear regarding the canines from people's minds.

While dealing with the issue of poisoning of street dogs in Thrikkakkara municipality area of Ernakulam district, a bench of Justices A K Jayasankaran Nambiar and PGopinath said, "If you identify the feeding centres/ areas, all these problems would be addressed."

The court also said that only those organisations or volunteers who are registered with the Animal Welfare Board of India (AWBI) can carry out feeding or birth control activities.

The high court also directed the state government to issue, without any further delay, a circular with regard to registration of pets by their owners with the local bodies and obtaining a licence.

The court on July 14 had directed the state government to "immediately" order the local authorities to forthwith issue public notices requiring owners of animals -- cattle, pets, etc -- to register them with the local authority concerned and obtain a licence as mandated under the Municipality/Panchayat Act/Rules.

"The instructions issued by the government shall also require the future owners of animals to register their animals with the local authority concerned within three months of acquiring the animal," the bench had said.

The lawyer for the state government assured the court that the circular would be issued immediately.

Meanwhile, court appointed amicus curiae – advocate Suresh Menon -- told the bench that presently there are only 7 animal welfare organisations in the state which are registered with AWBI and four private shelters.

Besides that, there are 17 shelters run by private people at their residences, but these are facing harassment from local residents and municipal authorities, he said.

The court said running shelters by private persons from their homes in residential colonies would be a nuisance for their neighbours and therefore, a balance has to be struck.

The bench suggested that presently, all the stray dogs can be captured from the Thrikkakkara municipality area and relocated at some private animal shelter or the cattle shelter run by the local body.

It further suggested that at the shelter, the injured or sick dogs can be kept there for treatment and care, while the others can be later released back in the area from where they were picked up after sterilising them.

It asked the state government and the municipality to take instructions on the issue of setting up feeding centres and rehabilitating the dogs in private shelters for the time being and listed the matter for further hearing on August 9.

On the last date of hearing, the court had observed that a dog was made ferocious by its circumstances and it was a myth that stray dogs were dangerous by nature.

The court had also said that killing or maiming the street dogs was not the way to make people safer and the better option was to capture the canines and rehabilitate them at animal shelters.

The court had taken up the issue of the poisoning of the dogs after a video on the same was brought to its attention.

While seeking the stand of the municipality over its role in the entire matter, the bench had also directed the civic body to ensure no such incident takes place within its territorial limits in future and to put in place suitable machinery to ensure the same.

The municipality had, thereafter, told the court that it had no role in the matter.