Life In An Indian Prison: The Curse Of An Ethnic Minority And A Panic-Stricken Society

Manipuri journalist Kishorechandra Wangkhem was sentenced to a year's detention under the National Security Act for allegedly targeting the ruling BJP and Prime Minister Narendra Modi in a social media video post. In this second and concluding portion of his diary, Wangkhem narrates the pain of belonging to an ethnic minority and how the society turned its back on him and his family. 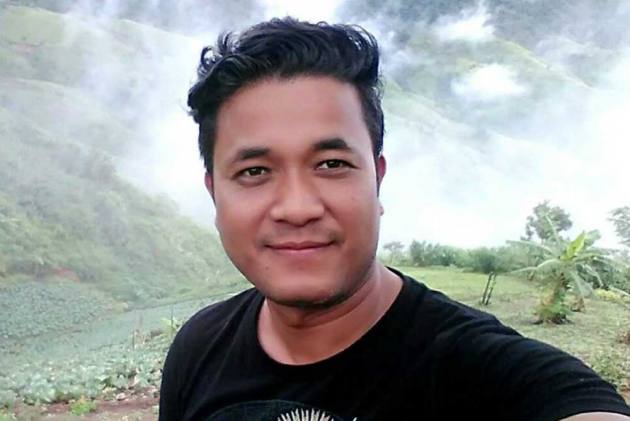 Is India really a democratic nation? Do we really respect our Constitution? Does freedom of speech have a threshold? Kishorechandra Wangkhem did something that many would dread. He questioned the ethics of a political party trying to inject RSS ideologies riding a "puppet" government led by N. Biren SIngh in Manipur.

The autocratic nature of governments, the constant threat of death and being bulldozed into submission are games politicians love to play. Voices against the Citizenship Amendment Bill are suppressed and is like a volcano waiting to erupt. Wangkhem's wife Ranjita backed her husband to the hilt. They were joined in by a handful of like-minded people in their battle for justice. The judiciary finally saw reason but by then it was 133 days of hell in a prison.

In the Name of Sanamahi

I belong to a small, unrecognised minority religion called Sanamahism, a pre-Hindu traditional ethnic stream. My point was not about the government’s other policies but the ruling party’s ideology: its recent attempts at religious and cultural assimilation targeting the smaller ethnic groups of the Northeast in general and Manipur in particular. Majoritarian rule has become a threat to the culture and tradition of ethnic minorities—the essence of their identity and being. Their very existence, in a way. My outburst also sprung from the suppression of dissent and abuse of right to freedom of speech and expression increasingly meted out to citizens in the last couple of years. Whosoever raises questions against the current regime is threatened, harassed or killed. As a concerned citizen, I felt I should speak up for the protection of minority identities. Popular outrage across the Northeast aga­inst the Citizenship Amendment Bill, which erupted a month after I was detained, was a manifestation of this latent anger among ethnic minority groups. What purpose does democracy serve if personal freedoms enshrined in the Constitution are not respected and secularism and plurality are challenged?

Silence of the Cenotaph

Life In An Indian Prison: When Darkness Falls, Tears Are Not Enough

How can a colonial-era sedition law and a black law such as NSA come into play against Indian citizens for mere criticism of authority? In my case, the gloom was deeper. Barring a few, no civil organisation came out openly in condemnation of the government—ironical in a state known for the maximum number of civil organisations and mass movements against injustice. No Meira Paibis (women torch-bearers) were in sight outside my prison. None of that otherwise vocal element, students’ unions. Even the media fraternity disowned me. Neighbours stopped talking to my family. What fear had silenced them? Finally, it’s law itself that came as redemption. My petition at the High Court of Manipur was moved on December 22, 2018. After four hearings, through February and early March, the court finally quashed my detention under NSA on April 8. I walked free two days later: I had spent 133 days in jail.

Ranjita did a monumental and stupendous job with a small band of like-minded friends, fellow-journalists and human rights defenders when almost everyone in my state, including my own fraternity, abdicated. I am happy now that I am free—even though I am still weak and under medical treatment for high blood sugar. Even as I silently thank all those who extended support and solidarity, I don’t think this is the end here. Serious and difficult work looms ahead: as a journalist, as a voice for the rights of minority communities and for freedom of speech. Let my case be an example. And rest assured…I will continue to speak.