The incident came to light after the unidentified customer posted a receipt on social media, showing he bought liquor worth Rs 52,841 from Vanilla Spirit Zone in Bengaluru's south-eastern suburb on Monday afternoon. 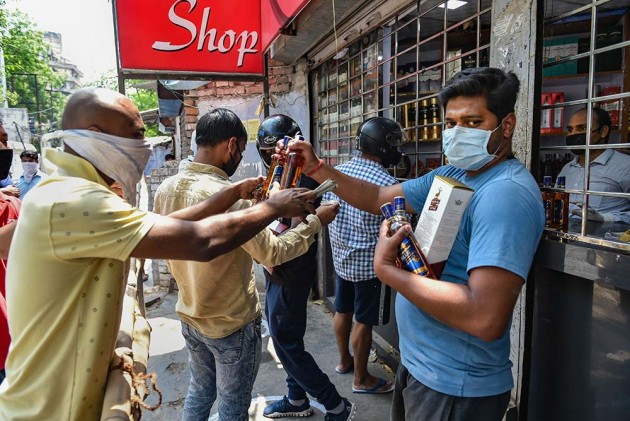 The Karnataka excise department on Tuesday booked a case against a wine shop owner in Bengaluru for allegedly selling more liquor than permitted under the law to a buyer on the first day of shops reopening for business after 40-day lockdown on Monday, an official said.

"We have booked a case against licensed shop owner S. Venkatesh for reportedly selling Indian made liquor (IML) and beer to a buyer on Monday more than he is permitted under the Karnataka Excise Act section 36," Bengaluru South Excise Deputy Commissioner A. Giri said.

The incident came to light after the unidentified customer posted a receipt on social media, showing he bought liquor worth Rs 52,841 from Vanilla Spirit Zone in Bengaluru's south-eastern suburb on Monday afternoon. "Preliminary investigation revealed that 17.4 litres of IML was sold against the permissible limit of 2.3 litres and 35.1 litres of beer against the legal limit of 18.2 litres," Giri said.

Venkatesh, however, told Giri that the buyer paid for the liquor bought by him and seven of his colleagues at the same time from the shop as they entered together.

"We are investigating to ascertain if Venkatesh violated the license conditions by paying for liquor bought by his friends with him at the same time," Giri added.

(With Inputs From IANS)