Dev Sen was suffering from cancer for a long time and her condition deteriorated over the past 10 days. 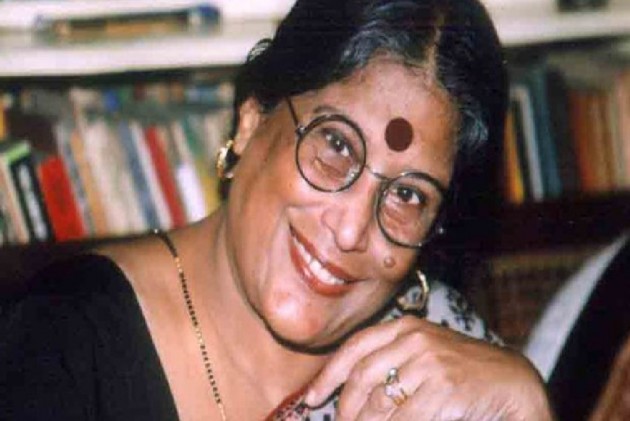 Eminent litterateur and academician Nabaneeta Dev Sen died in her South Kolkata residence on Thursday evening after a protracted illness. She was 81.

Dev Sen was suffering from cancer for a long time and her condition deteriorated over the past 10 days. She died at 7.35 pm on Thursday, family sources said.

Winner of the Sahitya Akademi award and the Padma Shri, she is survived by two daughters - writer Antara and actress Nandana.

A poet, novelist, columnist and writer of short stories and travelogues, Dev Sen was also known for her research on the Ramayana. She worked as a teacher at the Oxford University and the Colorado College in the US. She also taught Comparative Literature at Jadavpur University.

"Saddened at the passing away of noted litterateur and academic Nabaneeta Dev Sen. A recipient of several awards, her absence will be felt by her myriad students and well-wishers. My condolences to her family and admirers," she wrote on Twitter.

Born to poet-couple Narendranath Dev and Radharani Devi in Kolkata on January 13, 1938, Dev Sen graduated from the Presidency College.

Dev Sen married Nobel laureate economist Amartya Sen in 1958. They got divorced in 1976.

Amartya Sen told a Bengali TV channel from abroad, "I had contacts with her. She had great human qualities being a multi-faceted personality."

Economist Abhijit Vinayak Banerjee, who won the Nobel Prize this year, had visited Dev Sen at her residence during his short stay in the city last month. He called her 'Masi'.

"She was such a loveable personality. Her absence will be missed by those who were fortunate enough to come close to her," Banerjee, who used to visit Dev Sen during her visit to Boston, told the TV channel from the US.

Author Sirshendu Mukhopadhyay said, "I am shocked after hearing the news. I lost a great friend."

Jadavpur University Teachers' Association, where Dev Sen had taught for more than two decades, said in a statement "We have lost our guardian."

She used to take great interest in the academic affairs of the institute, JUTA recalled.