The Winter Session of Parliament began on Monday. It is scheduled to go on till December 13 and will provide a total of 20 sittings. Catch all the updates here 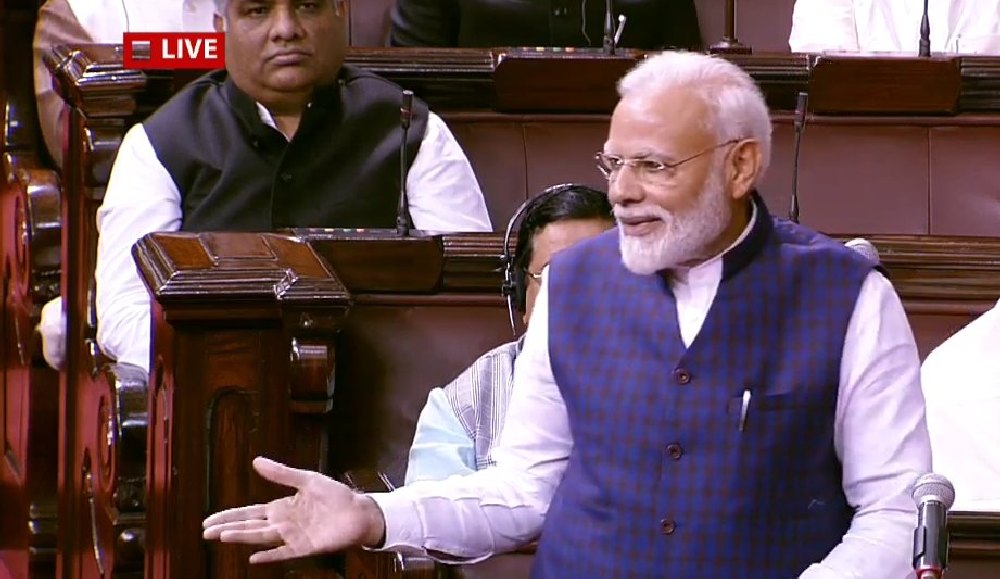 The Winter Session of Parliament began on Monday. Several key bills are scheduled to be tabled in this session of the Parliament that will last for a period of 26 days.

Ahead of the Parliament session, Prime Minister addressed the media and said the government is open to all discussions on every issue.

'Which Aspect Of Economy Is Doing Well?' Asks Chidambaram

'We Are Open To All Discussions': PM Modi Ahead Of Winter Session Of Parliament

2:48 pm: "Today I want to appreciate two parties: NCP and BJD. These parties have wonderfully adhered to Parliamentary norms. They have never ventured into the well. Yet, they have made their points very effectively," says PM Modi in Rajya Sabha.

2:41 pm: "Rajya Sabha is a second house, not the secondary house. It should become a supportive house for the development of the country," says PM Modi.

2:39 pm: "Whenever it has been about good of the nation, Rajya Sabha has risen to the occasion. It was widely believed that Triple Talaq bill would not pass here but it did. Even the GST became a reality after it was passed in this house," says PM Modi.

2:38 pm: Rajya Sabha has passed crucial bills and the nation has benefitted from the diversity of the upper house, says PM Modi.

2:37 pm: Who can forget that it was through the Rajya Sabha that a stalwart like Dr. Babasaheb Ambedkar could contribute even more to national progress: PM Modi

2:32 pm: "The Rajya Sabha gives an opportunity to those away from electoral politics to contribute to the nation and its development," says PM Modi.

2:27 pm: Addressing the 250th session of the Rajya Sabha, PM Modi said it has been a journey of ideas.

2:07 pm: Prime Minister Modi will address the Rajya Sabha on its 250th session.

12:29 pm: Four newly-elected MPs took oath in the Lok Sabha on the first day of the winter session of Parliament on Monday. Prince Raj from the Samastipur parliamentary constituency in Bihar, Himadri Singh from Shahdol in Madhya Pradesh, Shriniwas Dadasaheb Patil from Satara in Maharashtra and D.M. Kathir Anand from Vellore in Tamil Nadu are the four newly-elected MPs who took oath when the Lower House met for the day.

12:08 pm:  PDP Rajya Sabha members Mir Fayaz and Nazir Ahmed Laway held a protest inside the Parliament premises on Monday against scrapping of special status to the erstwhile state of Jammu and Kashmir.

12:05 pm: Shiv Sena MPs walked out of the House and held a protest near the statue of Chhatrapati Shivaji Maharaj in Parliament premises, demanding to declare unseasonal rains in Maharashtra as natural calamity.

11:22 am: Congress leader Adhir Ranjan Chowdhury said: "We also expect from the PM Modi and the ruling party that all the issues concerning to the interest of the common people must be allowed to be discussed inside the Parliament. Parliament is meant for discussion, debate and  dialogue."

11:14 am: BJP MP Manoj Tiwari arrives at the Parliament riding a bicycle.

11:07 am: TMC has given Adjournment Motion Notice in the Lok Sabha over the detention of National Conference leader Farooq Abdullah who has been slapped with PSA and put under house arrest since August 5.

11:07 am: Winter Session of Parliament begins

11:02 am: Biju Janata Dal (BJD) will demand expansion of banking and telecommunication coverage as well as the national highway in Odisha during the Winter Session of Parliament.

11:00 am: PM Modi said the Parliament will observe Constitution Day on November 26, the day when Indian Constitution completes its 70 years.

10:05 am: Prime Minister Narendra Modi on Monday said he wants open debates on every issue. "We are open to all discussions. There should be high-quality debates in which all MPs should contribute," PM Modi said ahead of the start of Winter session.

10:50 am: Senior Congress leader P Chidambaram on Monday said his party must lead the Opposition in Parliament to expose the "utter mismanagement" of the economy by the PM Modi-led government.