The India Meteorological Department (IMD) on Tuesday issued a warning regarding the Amphan Cyclone and said that it is likely to move towards West Bengal as an extremely severe cyclonic storm on Wednesday. 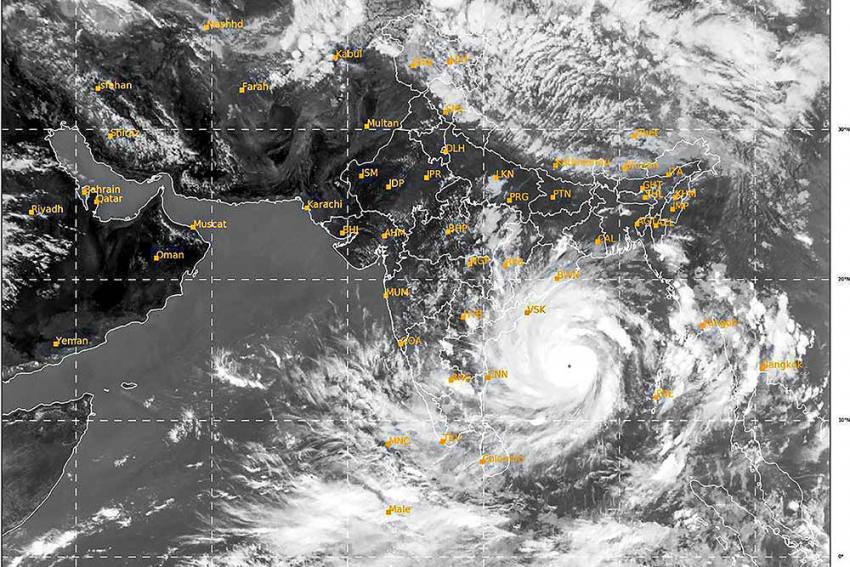 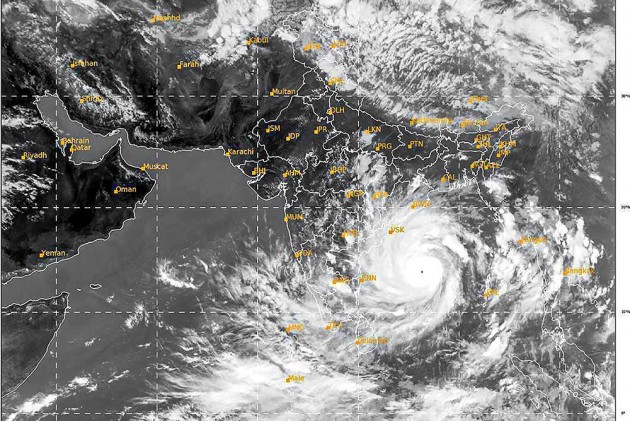 The India Meteorological Department (IMD) on Tuesday issued a fresh cyclone alert for West Bengal and north Odisha coasts as an extremely severe cyclonic storm 'Amphan' was over the central parts of the South Bay of Bengal and adjoining central Bay of Bengal.

In a statement, the IMD said the super cyclonic storm Amphan (pronounced as UM-PUN) over Westcentral and adjoining Eastcentral Bay of Bengal moved nearly north-northeastwards with a speed of 14 kmph during the past six hours.

4:48 PM: "A total of 41 NDRF teams including reserves are deployed in Odisha and West Bengal," NDRF DG Pradhan says.

4:42 PM: "This is the second disaster coming as we are already fighting COVID-19; this requires continuous monitoring," says Pradhan.

12:45 PM: The Tripura government has directed its district officials to take necessary measures to prepare for the approaching Cyclone Amphan.

"As such, there is no warning of the high impact of Amphan to Tripura but there is no certainty of movement of the exact path of the cyclone as predicted by IMD. Hence, the administration may be prepared to handle if there is any high impact to this cyclone," the government said a statement.

11:30 AM: Home Minister Amit Shah spoke to West Bengal CM Mamata Banerjee and assured help to deal with the situation arising due to cyclone 'Amphan'.

In his phone call with Odisha CM Naveen Patnaik, Shah reviewed the situation in the state and assured him of the necessary assistance from the central government to tide over the situation.

10:15 AM: In view of the impending cyclone Amphan, 32 teams of National Disaster Response Force (NDRF) have been deployed in Odisha and West Bengal, and 21 teams have been kept on standby, SN Pradhan, Director General, NDRF, informed on Monday.

9:33 AM:  Residents from coastal areas of Jagatsinghpur, Odisha, have been shifted to a cyclone shelter to protect them from heavy rains and winds to be caused by super cyclonic storm ‘AMPHAN’, reports ANI.

Odisha: Residents from coastal areas of Jagatsinghpur were shifted to a cyclone shelter last night, to protect them from heavy rains and winds to be caused by super cyclonic storm ‘AMPHAN’ pic.twitter.com/HMdCoF0NPC

9:20 AM: The IMD said that 'Amphan' is very likely to weaken into an Extremely Severe Cyclonic Storm during next six hours.

The statement further read: "... It is very likely to move north-northeastwards across northwest Bay of Bengal and cross West Bengal, Bangladesh coasts between Digha (West Bengal) and Hatiya Islands (Bangladesh) close to Sundarbans during the Afternoon / Evening of 20th May 2020 as a Very Severe Cyclonic Storm with maximum sustained wind speed of 155-165 kmph gusting to 180 kmph."