President Ram Nath Kovind will address the nation on the eve of the 73rd Independence Day. Follow live updates here. 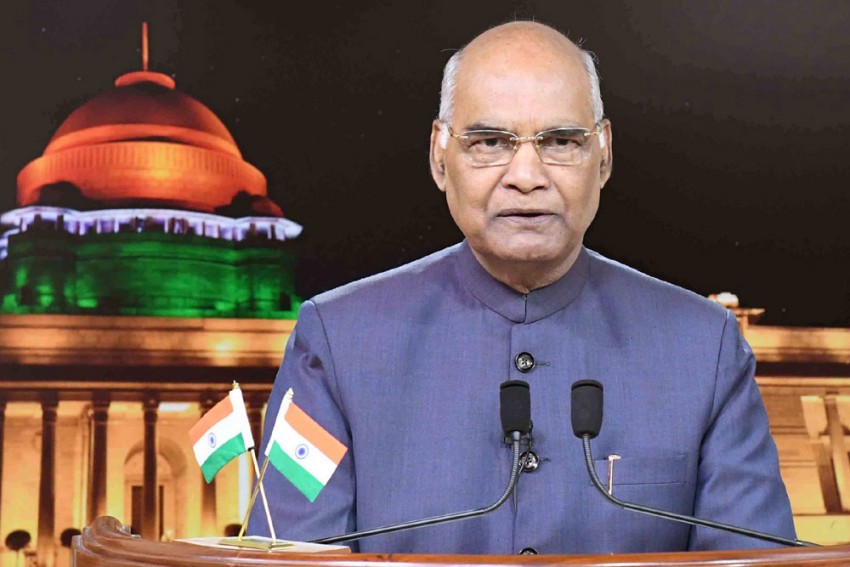 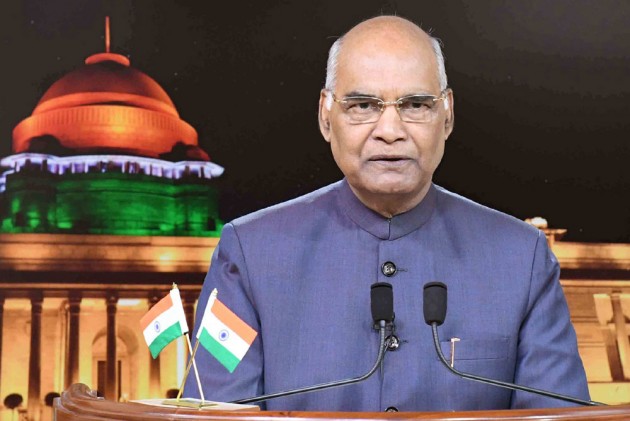 President Ram Nath Kovind will address the nation on the eve of the 73rd Independence Day.

Multi-layered security arrangements are in place for the 73rd Independence Day celebrations at the Red Fort, from where Prime Minister Narendra Modi will address the nation on August 15.

7:40 PM: May the spirit of curiosity always stay with us and guide us, says President Kovind as concluding remarks of his address on the eve of Independence day.

7: 35 PM: We are a country that dares to explore the moon and mars, says President Kovind.

7: 31 PM: President Kovind: India has always been a 'live and let live' country. It has rarely been a 'judgemental' country.

7: 30 PM: President Kovind: Laws in the country have been amended to empower women.

7:25 PM: President Kovind: Many important bills were passed in the current session of the Lok Sabha.  It is important because nation-building is continuous progress. Policymakers should be responsive to the needs of the people.

7:20 PM: Earlier this summer, people of India participated in the 17th general election, the largest democratic exercise in human history. For this, I must congratulate our voters. They turned up at polling stations in large numbers and with much enthusiasm.

7:15 PM: India is a young country. The participation of youth in the development of the country is rising. In the dreams of the young, we can shape the future of our country.

7:10 PM: This year also marks the 550th birth anniversary of one of the greatest, wisest and most influential Indians of all time Guru Nanak Dev Ji. He was the founder of Sikhism but the reverence & respect he commands go far beyond just our Sikh brothers and sisters.

7:08 PM:  "These include progressive, egalitarian laws and provisions related to RTE, accessing public info through RTI and reservations in education and in employment and other facilities for deprived communities. The changes will also now enable justice to be delivered for our daughters by abolishing unequal practices such as instant triple talaq," said President Kovind.

7:07 PM: President Kovind said, "the people of J&K and Ladakh will benefit from the changes that have recently taken place. They will enable the people to access and enjoy the same rights, same privileges and same facilities as their fellow citizens in the rest of the country."

7: 04 PM:  President Kovind said, "(today) we complete 72 years as a free nation at a very special juncture. In a few weeks from now, on 2 October, we will celebrate the 150th birth anniversary of the Father of our Nation Mahatma Gandhi, the guiding light of our successful effort to liberate our nation.