HIGHLIGHTS | PM Modi's Addresses To Nation: J&K Will Continue To Have CM, MLAs And Assembly

Prime Minister Narendra Modi addressing the nation on Thursday, days after the Central government abrogated Article 370 and bifurcated the state into two union territories. Follow all the live updates here 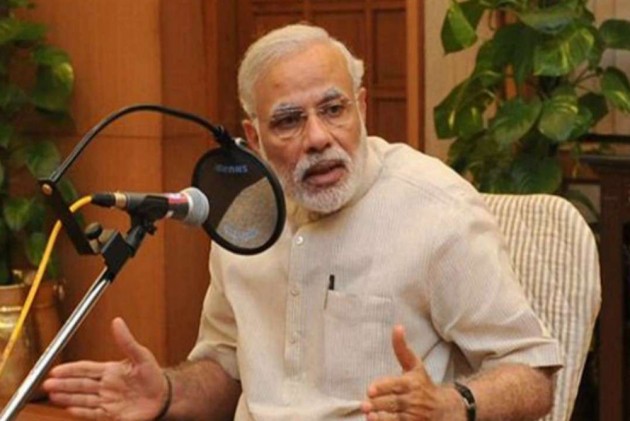 He explained the government's move on Kashmir and the prevailing situation in the Valley.

The address to the nation comes after the government abrogated the special status of Jammu and Kashmir and its decision to split it into two Union territories.

The last time he addressed the nation was on March 27 during the Lok Sabha polls when he announced that India had demonstrated anti-satellite missile (A-Sat) capability by shooting down a live satellite.

8:40pm: I congratulate the security forces for the way they are maintaining peace in Jammu and Kashmir: PM Modi

8:39pm: The government will ensure there is no trouble during the Eid celebrations in Jammu and Kashmir: PM Modi

8:36pm: A handful of people, who are creating trouble in Jammu and Kashmir, are dealt with properly by our brethren in J&K.

8:34pm: I respect the people who dissent the government's decision on Kashmir. But we all need to come together to work towards Jammu and Kashmir, and Ladakh: PM Modi

8:32: After becoming a union territory, the development and progress of Ladakh is the central government's responsibility. Now the innovative spirit of the youth of Ladakh will get an exposure: PM Modi

8:31pm: Jammu and Kashmir will be the world's largest tourist destination: PM Modi

8:30pm: The youth of Jammu and Kashmir are intelligent. Once the latest technology spreads in J&K, they will prosper: PM Modi

8:27pm: Now things will improve in J&K and the Bollywood and other film industries will again throng to Kashmir and offer new avenues of employment for the youth of Kashmir: PM Modi

8:26pm: I urge the youth in Jammu and Kashmir to come forward and take part in mainstream politics and put an end to dynasty politics: PM Modi

8:25pm: There will be Assembly elections in Jammu and Kashmir and the people will get to chose their representatives: PM Modi

8:21pm: Jammu and Kashmir will have MLAs, Chief Minister like before: PM Modi

8:20pm: There will be no change in the election of representatives of people in J&K: PM Modi

8:16pm: The government's decision to bifurcate the state into union territory was  taken after a long deliberation: PM Modi

8:15pm: The people of Kashmir will not get new employment opportunities in government and private sectors: PM Modi

8:13pm: The employees and police from the Jammu and Kashmir will get the same benefits as those of the employees from other states: PM Modi

8:11pm: The women of Jammu and Kashmir were bereft of several rights due to Article 370: PM Modi

8:09pm: Earlier, the laws framed for the benefit of the entire nation would not extend to Jammu and Kashmir: PM Modi

8:07pm: Article 370 was not benefitting anyway, it was hampering the development in Jammu and Kashmir and Ladakh. Now they will progress: PM Modi

8:04pm: The dream of  the nation has been fulfilled. A new era has begun in Jammu and Kashmir, and Ladakh has , PM Modi

7:45pm: The proposed address comes days before the prime minister's customary address to the nation on Independence Day from the ramparts of Red Fort.