The Sachin Pilot camp’s long-pending demand on Cabinet reshuffle may get delayed due to the Assembly session. 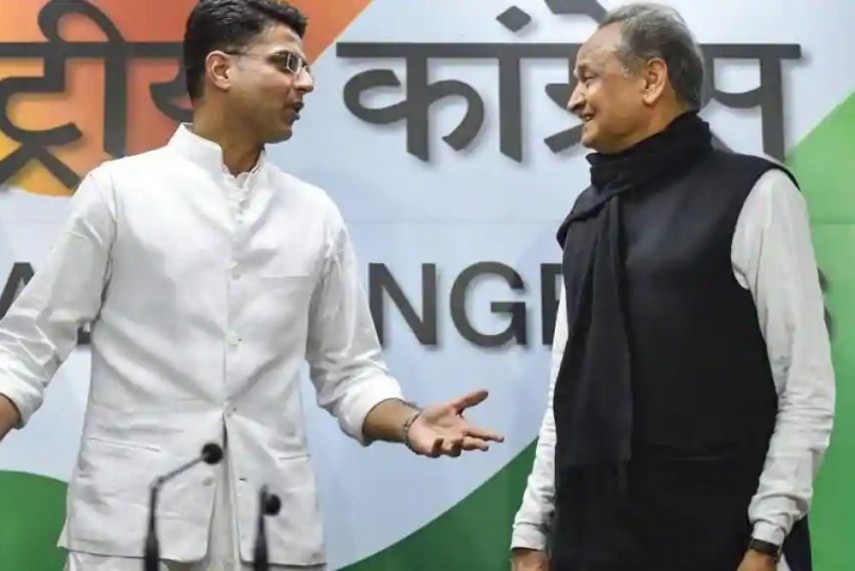 The Congress managed to get an edge over the Bharatiya Janata Party (BJP) in Panchayat samitis of six districts where elections were held last week. However, it suffered major embarrassment after losing Jaipur Zila Parishad to the BJP, where it was in majority. The BJP managed to wrest the ‘Jaipur Zila Pramukh’ position after cross-voting by a Congress member belonging to the Pilot camp.

Congress rebel Rama Devi, who won as a BJP candidate from a ward that is part of the assembly constituency of Congress MLA Vedprakash Solanki. The latter is believed to be a Sachin Pilot loyalist.

The BJP also took away Bharatpur zila parishad from Congress, where it was short of two votes.

However, the scathing statements by Chief Minister Gehlot and state sports minister immediately after the results, illustrate that internal strife in the state unit refuses to blow over. Gehlot did not mince words while attacking the Congress turncoats in helping to win BJP. In a statement, Gehlot said that the people involved were the same as those who had tried to topple his government last year.

Political observers say that Sports Minister Ashok Chandana’s remark that some "Jaichands (traitors) were involved in defeating Congress’’, is another veiled reference to the legislators belonging to the Pilot camp.

However, Dr Mahesh Joshi, Congress Chief whip in the state Assembly tried to play down the power struggle in the state unit. Speaking to Outlook, Joshi said that the BJP used money power to wrest two Zila parishads from Congress.

“The local body election was an approval that people are happy with the development work undertaken by the Congress government. The BJP used money power to defect members from our party. It shows their desperation,” says Joshi.

As local body elections pave the way to another round of tussle between both camps, the disquiet in the Pilot camp over long- pending Cabinet reshuffle, is also growing. The Pilot camp has been demanding the induction of new ministers in cabinet, as promised last year. It was in July last year that Sachin Pilot raised a revolt by claiming that he enjoys the support of 30 MLAs from Congress

With the state Assembly sessions starting from Thursday, any decision on Cabinet expansion will have to wait till the session gets over, say sources.

The recent visit of Ajay Maken, AICC general secretary in charge of Rajasthan and AICC general secretary K C Venugopal to Jaipur has fuelled speculation of changes in organizational structure and political management in the state unit. However, legislators belonging to Pilot camp still await concrete action from the High Command in this regard. Though speculations were rife that reshuffle will happen on or before August 15, Joshi dismissed such reports.

“There weren’t any deadlines for Cabinet reshuffle. I can’t say when it will happen. Cabinet reshuffling is a normal process for any government regardless of demand for it. It will be logical if the rejig happens this year so that new ministers get time to perform. There is no chance of any reshuffle before the Assembly session gets over,” says Joshi.

Political observers also agree. Jaipur based political analyst Avinash Kalla says that as internal strife in the state unit is set to intensify, cabinet expansion is also likely to get delayed.

“I don’t see an expansion happening right now. After the local body election, the Sports minister has taken a jibe against Pilot that some people in Congress are hands in glove with the BJP. Post assembly session, internal fights will further aggravate,” says Kalla.

He also sees it as another game plan by Gehlot to delay the expansion. “Gehlot is an old politician who plays his game one day at a time. He has managed to break a few people from Pilot camp. Both the parties are still unsure of their stand. There is complete uncertainty and inaction from High Command too,” he adds.

The disenchantment in Pilot camp is palpable. Masuda MLA Rakesh Pareek, a member of the Pilot faction, told Outlook that they have no other option than to wait for the High Command’s decision on the Cabinet reshuffle.

“We are not in a position to comment. We will have to wait for the decision of the High Command. It’s not proper to talk against the top leadership, he says. Pareek was among the 18 rebel MLAs from the Pilot camp who raised a revolt against Gehlot, which led to a crisis in the state. Soon after, Pareek was removed from the post of head of Congress Seva Dal in Rajasthan.

Pareek said that though Maken had held separate discussions with party MLAs for their feedback, no action has been taken yet. “We had met Ajay Maken and conveyed our grievances. He assured us that our demands will be met. Nothing has happened since. We are waiting for the High Command’s decision.

In politics, one can only hope, power is with the High Command,” he says, adding that in the local body elections, the party garnered a majority in areas like Dausa where Pilot has dominance. “Pilot has good support from many sections of society including farmers. The party should make use of his skills,” he said. Though the appointment of Navjot Singh Sidhu as president of the Punjab Pradesh Congress Committee has given hope to the Pilot camp, the logjam continues, they say. It was rumoured that the party high command will follow the same pattern for Rajasthan too.

Another Congress legislator Ramniwas Gawriya, who is a supporter of Pilot, echoes the same views. “We clueless about the reshuffle or other demands. I had a one- on one interaction with Ajay Maken about our concerns. We are still waiting for a word from the High Command,” Gawriya told Outlook.

However, Kalla dispels any possibility of another revolt by the pilot camp. “I don’t see any possibility of a revolt as the government has completed its half term. Not much time is left. When the Pilot camp tried to put pressure on Gehlot, it didn’t work. There is a price to a revolt,” he says, adding that the chief minister wields the power and changes will happen only if he wants to.

Though it was rumoured that Sachin Pilot will be re- inducted as PCC chief or given a role in the central leadership, observers dispel such theories. Pilot has made it clear that he doesn’t want to move out of his home turf Rajasthan, they say. “Pilot’s show of strength on his birthday sends a clear signal that he is not moving out of the state,” adds Kalla.