Lockdown Consequences: Panic-Buying Can Lead To Lack Of Essential Items

Among food essentials, it was mostly bread and milk, eggs that went off the shelves at places 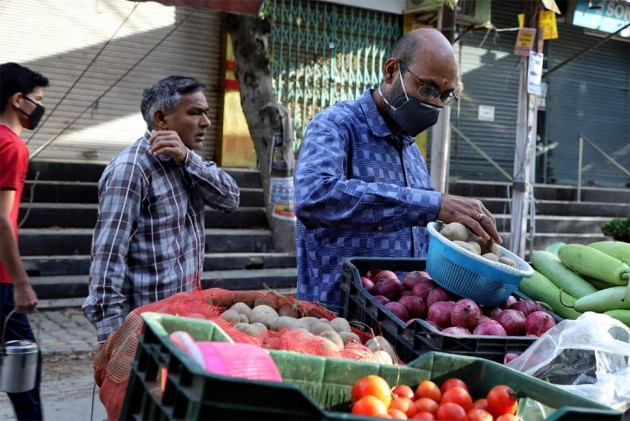 While India went into a full-fledged lockdown in the wake of coronavirus spread only two days ago, there are countries in the world that have been in lockdown since much before. The virus has affected the said countries far more with the death toll reaching as high as 7000 in  Italy alone.

A shortage of essential supplies is a possible consequence of nationwide lockdown but the countries of the west have been able to broadly stave it off. As regards the things that started running out from the grocery store shelves, there are few surprises. Among food essentials it was mostly bread and milk, eggs at places, people say. Besides, toilet paper, hand sanitizers and masks were the first things to go out of stock, even before food items. Their supplies are still erratic in places.

Ovais Khan, who lives in Rome, a place under lockdown for 20 days now, says there was such a rush for toilet paper in his city that it even resulted in scuffles at some places. “Bread isn’t available at all. So is chicken. Mineral water too is short in supply. Also, I am told that sanitary pads are difficult to find,” says Khan, who is studying computer science at Sapienza University of Rome.

'No One Will Go Hungry': Centre Announces Rs 1.70 Lakh Crore Package For Poor Amid Coronavirus Lockdown

He adds that milk supply is affected too. You might not find full-cream milk at a particular store and might have to go to another to buy it, he adds. A student from London, where the government enforced stay-at-home directions strictly only the beginning of this week, says that besides toilet paper, sanitizers, eggs, she saw pasta, rice, pulses, and kitchen and floor disinfectants missing from the shelves. Some stores have now started rationing the items.

Ayushka Anjiv, who lives in Berlin, Germany, says there has been no shortage of any food supplies per se, but it’s just that things were unavailable at a later time of day or a particular store. “Ready to eat frozen food, pasta, milk, bread, have been difficult to find in stores. People have been panic buying, otherwise there wouldn’t have been any shortage,” says Anjiv, who is studying international relations at Hertie School.

Another resident of Germany, but from a different city, says that canned foods and all alcohol rich cleaning supplies are not available in the stores. Besides, flour that is used to bake bread, pie, and cakes is missing. Fresh produce such as vegetables is very much available though. “I also went to an Indian store here. While most things were available there, tea leaves were interestingly missing from the shelves,” says the Indian native, who lives in Frankfurt.

In San Diego, California, the supply of milk and eggs has been less than steady. The state went for a lockdown on March 19. “While egg is unavailable in most stores, it’s there in membership-based stores,” says Saima, a resident of Poway, San Diego. The place saw a panic-stricken toilet-paper buying spree a week before the lockdown.

The Indian situation is uniquely challenging because of a range of factors including diversity of socioeconomic status and geographies.

“Advanced economies can maintain supply chains with a high degree of certainty, but it might not be easy for India, with a large semi-formal and semi-organised economy, to do so,” says Rajib Dasgupta, an epidemiologist who teaches at the Centre of Social Medicine & Community Health, JNU.

“It’s one thing to say that essential supplies will go on, but another to organize production, storage, transportation, and delivery up to the frontline. Problems will arise and it’s to be seen if the administration at various levels will be able to resolve them in real-time.”