'We will come up with fresh guidelines today to break the chain of coronavirus. There will be a standard operating procedure for the entire state, which will be announced (on Tuesday) itself,' state minister Aslam Shaikh said 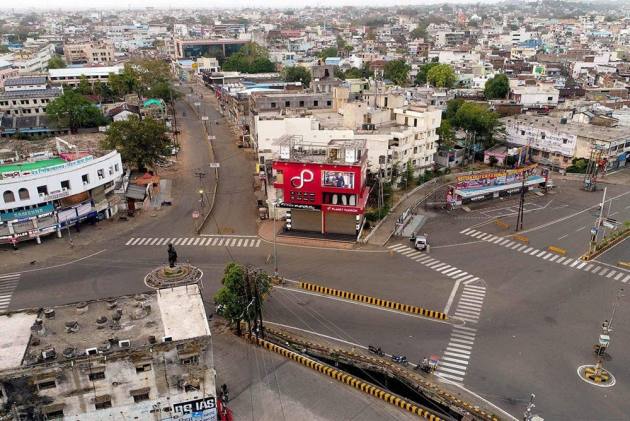 Amid rising coronavirus cases in Maharashtra, state minister Aslam Shaikh has said the government will come up with fresh restrictions to curb the coronavirus spread. "Maharashtra chief minister has already spoken to members of the COVID-19 task force. He also held discussions with political leaders including those from Opposition parties, and with members of industries. We tried a weekend lockdown, night curfew and other measures.”

He also said the state government will also have to decide guidelines regarding the people returning from Kumbh mela in Haridwar as Covid-19 appropriate behaviour was not followed at that congregation.

"We will come up with fresh guidelines today to break the chain of coronavirus. There will be a standard operating procedure for the entire state, which will be announced (on Tuesday) itself," he said.

Addressing an all-party meeting last week, CM Thackeray had hinted at the imposition of an extended lockdown in the state to curb the surge in cases.

On Sunday, he held a meeting with members of the state Covid-19 task force and said a standard operating procedure (SoP) will be prepared after holding consultations.

Shaikh said the government has spoken to traders and members of industries and tried to understand their concerns.

He, however, said the Covid-19 situation is still under control in the state.

Shaikh said the government was adding 5,300 more beds to the health infrastructure, of which 70 per cent of beds will have the oxygen supply facility.

"....Some people want to get admitted to private hospitals, where the waiting period is more," the Congress leader said.

Commenting on views expressed by members of the Covid-19 task force, Shaikh said, "Some members said that if a lockdown is to be announced, it should be for a period of minimum 21 days while others demanded that the lockdown should be for 14 days".

Shaikh also said the government was assessing the possible implications of lockdown.

According to the minister, the rise in the number of cases in Maharashtra can be attributed to increase testing.

Maharashtra had reported the highest 63,294 infections on Sunday, but the cases dropped significantly to 51,751 on Monday, apparently due to a lesser number of tests conducted over the weekend, taking the tally to 34,58,996. The overall death toll in the state is 58,245 as of Monday, as per the state health department.

"We are testing more people and reporting the figures. Other states have not even reported those cases and have ignored the Covid-19 guidelines. Their situation will worsen once the elections are over," the minister said.