'I think the BJP will lose more leaders in the coming days. These are clear indications of change in Uttar Pradesh and the BJP is losing the battle,' the NCP leader said. 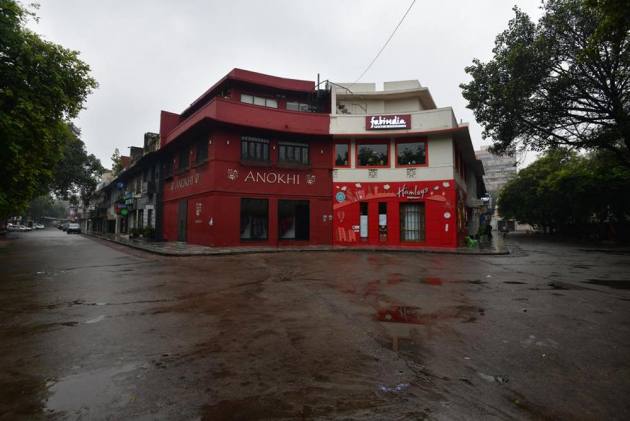 A day after Prime Minister Narendra Modi held interaction with chief ministers over the coronavirus situation, the NCP on Friday took a dig at him saying it was good that a lockdown was not announced this time unlike in the past when it was imposed "without taking people into confidence and without any consideration".

Speaking about a number of BJP leaders quitting the party in Uttar Pradesh ahead of the Assembly elections there, the NCP said that the saffron party's five-year-long "rule of arrogance" in that state was one of the reasons responsible for it. On Thursday, Modi held a virtual interaction with the chief ministers over the coronavirus situation in the country amid a surge in the infection cases due to its Omicron variant.

Talking about it, NCP's chief spokesperson and Maharashtra minister Nawab Malik said, "People were scared that there could be another round of lockdown, but it is a good thing that PM Narendra Modi, in his interaction with chief ministers, asked the states to take decisions based on the situation prevailing at the local level. When there was no COVID-19, a lockdown was announced without any consideration and without taking people into confidence."

Why Iranian Apples Are Spoiling The Market For Kashmiri Apples

"Now there are many cases of COVID-19, but people are taking precautions...It is good that a lockdown was not announced," he said. Targeting the BJP over several of its leaders giving their resignations in UP in the run-up to the assembly elections, Malik said, "The exodus of state ministers and MLAs of BJP is not going to stop. The five-year-long rule of arrogance, the move of insulting others, spreading fear in villages seem to be the reasons behind BJP losing its leaders.”

“I think the BJP will lose more leaders in the coming days. These are clear indications of change in Uttar Pradesh and the BJP is losing the battle," the NCP leader said. Eight BJP MLAs, including three ministers, have resigned in UP over the past three days. OBC leader Dharam Singh Saini on Thursday became the third minister to quit the Uttar Pradesh cabinet ahead of the upcoming state assembly elections.

Saini, who was the Minister of State (Independent Charge) for Ayush, appeared headed to the Akhilesh Yadav-led Samajwadi Party (SP). Yadav posted on Twitter a picture of himself with Saini, as he had done after OBC leaders Swami Prasad Maurya and Dara Singh Chauhan resigned from the Yogi Adityanath cabinet on Tuesday and Wednesday.