In Maharashtra, the agrarian crisis and continuing drought were the most pressing issues, but the state government’s schemes and national security as campaign's mainstay have decidedly won the election for the BJP-Sena alliance. 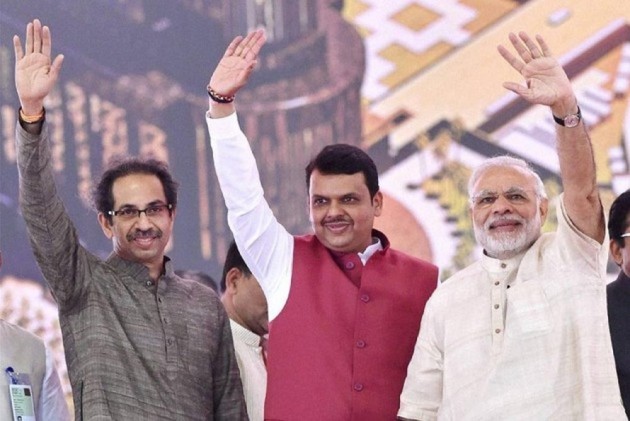 After Uttar Pradesh, Maharashtra sends the highest number of MPs to the parliament, and the BJP-Shiv Sena alliance is headed for a sweep in the state, leading in 44 seats. The Congress-NCP is leading in just 4. In all of six seats in Mumbai, Congress and NCP have drawn a blank. Even though none of the seats has been declared yet, the writing on the wall is clear.

In Maharashtra, the agrarian crisis and continuing drought were the most pressing issues, but the state government’s schemes and a campaign for India’s security have decidedly won the election for the BJP-Sena alliance.

In Mumbai, leaders, including Milind Deora, who was endorsed by Mukesh Ambani and Priya Dutt are also trailing. New entrant Urmila Matondkar is also losing to BJP’s Gopal Shetty. “On the form of EVM 17C from Magathane, the signatures and the machine numbers are different. A complaint has been filed with the Election Commission,” she tweeted.

“People have liked the governance under the leadership of chief minister Devendra Fadnavis and Congress is totally leaderless in Maharashtra. Under Modi government, schemes for downtrodden and the deprived class have reached as many as 32 crore people.

"The beneficiaries have voted for us,” says Madhav Bhandari, senior BJP leader in Maharashtra. About their rocky alliance with Shiv Sena, he says, “Whoever is with the NDA is winning. It means support for Narendra Modi.”

Sujay Vikhe -- son of Congress leader Radhakrishna Vikhe Patil -- who defected to the BJP before the elections, is also winning. Among other senior leaders such as Ashok Chavan and Supriya Sule, farmers leader Raju Shetti, leader of Swabhimani Shetkari Sanghatana, who left the NDA and joined Congress-NCP alliance is also trailing as of now.

Kumar Ketkar, Congress Rajya Sabha MP says, “It’s a sweep. It’s a victory of Hindutva politics. In Maharashtra, they seem to be doing better than in 2014. Whoever was reading tension and defeat in Narendra Modi’s body language in the past few days, got it wrong completely. In cities such as Delhi and Mumbai, where we talk about plurality, BJP is winning clearly. So the plurality has also voted for them. Building of Ram Mandir in Ayodhya will have the public sanction.”

NCP spokesperson Nawab Malik says the campaign of polarization has won. “Though we will wait for the results to be declared, we can say that the BJP ran its campaign on religion and polarization and stoking emotions of people. You can win by polarising but you can’t run a country on that basis.”

Shiv Sena leader Neelam Gorhe said they will be reacting to the results later in the day.