The biggest battle of these elections is actually no battle at all. Prime Minister Narendra Modi is contesting from Varanasi and is being challenged by Ajay Rai of the Congress. 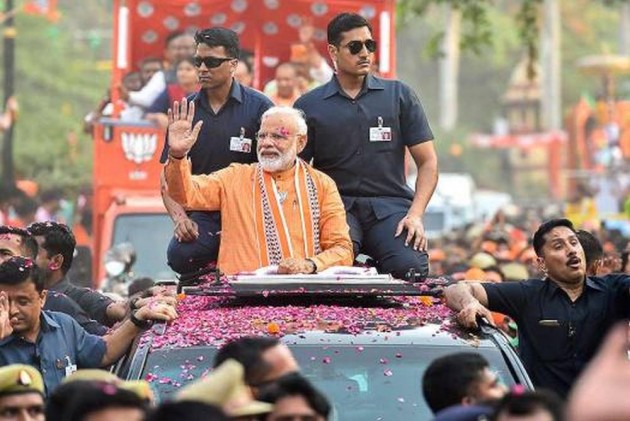 With a few hours left for counting of votes to begin, the spotlight is on the heavyweight battles in Uttar Pradesh that will decide the future of the country in the next five years.

The biggest battle of these elections is actually no battle at all. Prime Minister Narendra Modi is contesting from Varanasi and is being challenged by Ajay Rai of the Congress. Modi is a clear winner and the battle in Varanasi is mainly about the margin of victory for the Prime Minister.

The other similar battle in Uttar Pradesh is in Rae Bareli where UPA chairperson Sonia Gandhi is contesting. Her main rival Dinesh Pratap Singh of BJP is a lightweight, and Sonia Gandhi's position has been strengthened by the fact that SP and BSP have not fielded any candidate against her.

The battle, in the true sense of the term, is being fought in Amethi where Congress President Rahul Gandhi is being challenged by Union Minister Smriti Irani. Exit polls have put a question mark on the victory of Rahul Gandhi and BJP workers are already celebrating in Amethi. This is one of the most keenly contested seats in the country.

In Azamgarh, Samajwadi Party President Akhilesh Yadav is locked in a battle with Bhojpuri actor Dinesh Lal Yadav Nirahua, who seems over-confident of his victory. Akhilesh has a definite edge in this constituency.

In Kannauj though, Samajwadi MP Dimple Yadav is locked in a fierce battle with BJP's Subrat Pathak and though she is said to be closer to the victory stand, pollsters put a question mark on this seat.

Union Minister Manoj Sinha is facing a tough battle in Ghazipur where he is being challenged by BSP's Afzal Ansari. With caste arithmetic favouring the BSP in this constituency, Manoj Sinha had worked hard to ensure his return to Lok Sabha.

Union Minister Rajnath Singh is comfortably placed in Lucknow though his rival Poonam Sinha, wife of Shatrughan Sinha, who is a Samajwadi candidate, did give him some anxious moments during the campaign.

Rashtriya Lok Dal leader Chaudhary Ajit Singh is said to be ready for a comeback in mainstream politics from Muzaffarnagar where he is pitted against BJP's Sanjiv Baliyan. Ajit Singh had the support of SP and BSP in these elections.

His son Jayant Chaudhary is contesting against Union Minister Satyapal Singh from Baghpat and reports suggest that the young leader is ready to wrest back his father's seat from the BJP.

In Ghaziabad, Gen V.K. Singh of BJP has faced a tough contest from the Congress candidate Dolly Sharma but exit polls give him an edge.

The most hotly contested battle was witnessed in Rampur where sparks flew between Samajwadi Party's Azam Khan and BJP's Jaya Prada throughout the campaign. Azam Khan is supremely confident of his victory.