Lok Sabha Elections: Fate Of 724 Women Candidates To Be Decided On May 23

A total of 7,928 candidates were in the fray in the Lok Sabha elections. 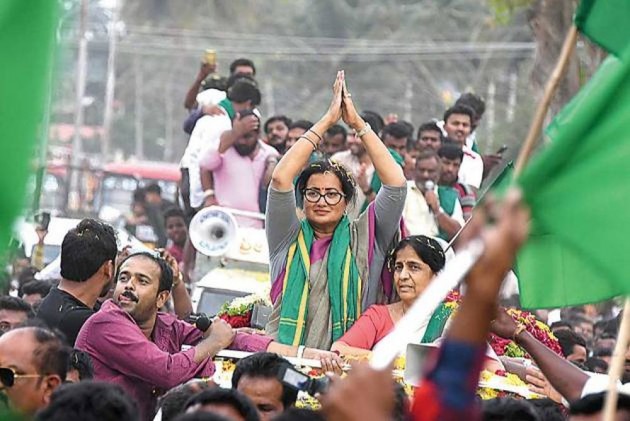 The fate of 724 women candidates in the just-concluded Lok Sabha elections will be decided on Thursday when the results are announced. A total of 7,928 candidates were in the fray in the parliamentary polls.

Among the other national parties, the Bahujan Samaj Party (BSP) fielded 24 women candidates, the All India Trinamool Congress (AITC) 23, the CPI(M) 10, the CPI four, while one woman candidate was fielded by the Nationalist Congress Party (NCP).

As many as 222 women contested the polls independently.

Four transgender candidates also contested the polls independently, while the Aam Aadmi Party (AAP) was the only party to field a transgender nominee.

Of the 100 women candidates with criminal cases against them, 13 are from the BJP, while 10 from the Congress.

The average worth of assets of the 222 Independent women candidates is Rs 1.63 crore.

Six women candidates -- all of whom contested the polls independently -- have declared zero assets in their self-sworn affidavits.

Thirty-seven women candidates have declared themselves to be just literate and 26 are illiterates. Two candidates did not give their educational qualification details.