Some Muslim clerics are appealing to the Election Commission to reconsider the dates so as to avoid election dates clashing with the fasting month Ramzan in ‘warmest ever’ summer, as forecast by Indian Meteorological Department 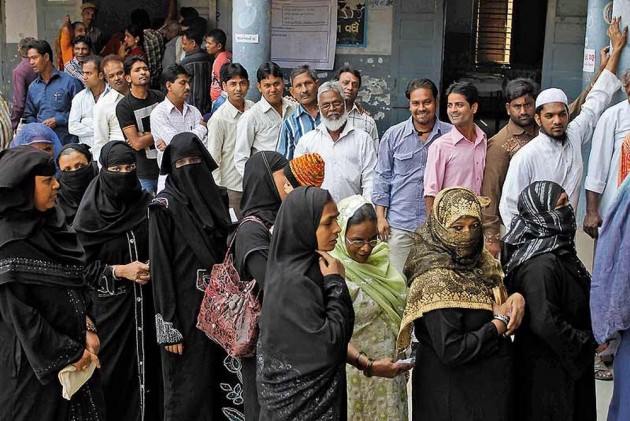 The Election Commission of India (ECI) usually takes into account all relevant factors while finalising the dates of elections so that people are not inconvenienced. But it is quite possible that while deciding the dates of elections to the 17th Lok Sabha and to a few state legislative assemblies, the ECI seems to have overlooked one aspect –Ramzan, the holy month for Muslims, which will begin during the Lok Sabha elections.

The ECI announced on Sunday that the seven-phased Lok Sabha elections will take place from April 11 to May 19, while the month of Ramzan is expected to start either on May 5 or 6, depending on the sighting of the moon, as Islamic months are based on lunar calendar. The last three phases of polling -- on May 6, 12, and 19 respectively – would take place during the fasting month of Ramzan. Or, to put it differently, polling for a total of 169 Lok Sabha seats (i.e. 31.12% of the 543 seats) will take place during Ramzan.

Since the ECI generally avoids a clash of polling dates with any already known important event/occasion of the country, it is surprising that it scheduled the last three phases of polling at a time when Muslims would be fasting from dawn to dusk. Importantly, it will be summer and a large section of Muslims in India would be fasting during this month. So, to go out and stand in long queues in summer – especially in the afternoons – would be asking too much from them, particularly from the old men and women.

However, the EC has sought to allay such perceptions and said that in its election schedule, it has avoided polling on Fridays and main festivals during Ramzan.

Also, the Indian Meteorological Department (IMD) has already forecast that the 2019 summer would be the “warmest ever” due to climate change and the El Nino effect.

Considering the expected warm summer, several Islamic scholars say that if the ECI could adjust the election dates it would help voters of the Muslim community to exercise their franchise. Maulana Abdul Aleem Farooqui, general secretary of the Jamiat Ulema-e-Hind (Arshad Madani Group) says if the ECI reconsiders its decision it would be of great help.

“I am 70 years old and I can’t recall any Lok Sabha elections being held during Ramzan earlier. If the ECI looks at its decision again and adjusts the dates so that they don’t clash with Ramzan, it would be better. I would request the ECI to look into this,” Farooqui, an executive committee member of both Darul Uloom Nadwatul Ulama, Lucknow, and Darul Uloom, Deoband, told Outlook.

At the same time, Maulana Farooqui clarified, that the Islamic laws don’t prohibit fasting Muslims from deviating from their normal schedule that they were following before the start of Ramzan. So, it is only a request to the ECI to reconsider the election dates, he said.

Kolkata Mayor and  Trinamool Congress leader Firhad Hakim has also raised similar concerns saying the clash of dates will make voting difficult for Muslim electorate and alleged that the Bharatiya Janata Party (BJP) "does not want minorities to cast their votes."

"Election Commission is a constitutional body and we respect them. We don't want to say anything against them. But the 7-phase election will be tough for people in Bihar, UP and WB. It will be most difficult for those who will be observing Ramzan at that time."

"Minority population in these three states is quite high. They will cast votes by observing 'roza'. EC should have kept this in mind. BJP wants minorities to not cast their votes. But we aren't worried. People are committed to BJP hatao-desh bachao", Hakim said.

“The ECI may or may not have considered Ramzan while deciding the dates. But there have been Supreme Court judgments that once the election process starts, courts can’t interfere in the process,” says Jilani, a secretary of the All India Muslim Personal Law Board (AIMPLB) and convenor of the Babri Masjid Action Committee.

Maulana Khalid Rasheed Firangimahli of Lucknow has also urged the ECI to change the dates of polling, saying people of the Muslim community would face difficulty in going out to vote during Ramzan.