Long Wait For Booze Lovers In Himachal Finally Over, Temples Wait For SOPs

As the nation is set to embark on Phase-4 of unlocking, Himachal Pradesh is set to welcome tourists in large numbers. 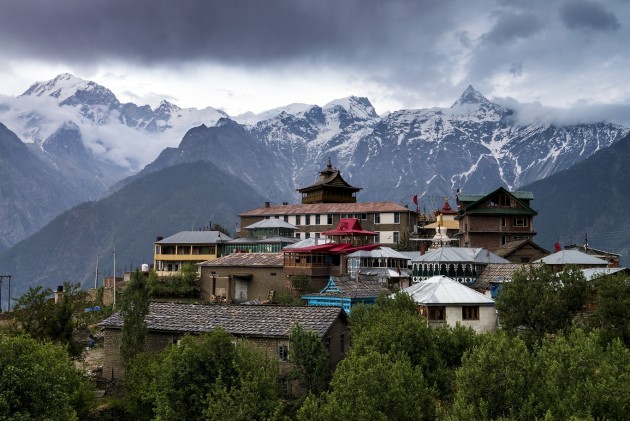 A long wait for the booze lovers, and tourists checking in at Shimla hotels is finally over.

They can easily walk into the bars , hotels and restaurants serving liquor, instead of standing in long queues at the vends in the market place and on the highways.

Himachal Pradesh government ,under unlock 4.0 has decided to allow hoteliers to serve liquor in the bars, which so far had remained closed eversince COVID -19 induced lockdown.

Sale of liquor is the biggest revenue earner in Himachal Pradesh. The government also take away Rs 1.50 per bottle sold as "cow cess" ,earning almost Rs 13 cr per annum.

State’s Chief Secretary Anil Khachi when contacted said "the Excise and Taxation(E&T) will frame proper SoP for the hoteliers and bar owners to enforce social distancing norms,and some restrictions .Thereafter it will be business as usual as now restrictions on interstate mobility have also been relaxed"

The hoteliers at tourists town of Manali ,and Shimla ,though had taken a decision to resume operations from October 1, but restaurant owners already back into business had been putting pressure on the state government in this regard.

“ It was somehow strange that the government had opened the vends and also restaurants to service food and snacks.But bars were not made functional. As a result the tourists coming to Shimla or else were buying alcohol bottles, beer and other alcoholic drinks and consuming in the vehicles,parked on the roads,Highways and also public places “ says Sanjay Sood ,President Shimla hotels and Restaurants Association .

He hailed the government decision to permit opening of the bars with proper SoP . “ We don't have any problem with SoPs that certainly needed in the COVID time” he admits .

Now, while bars will be entertaining the booze lovers , the temples, shrines and religious places still have to wait in Himachal Pradesh .

There are famous temples like Jawalamukhi , Brijeshwari , Chaumanda in Kangra district , Chintpurni in Una and Nainadevi in Bilaspur ,which were closed in March 2020 Thousands of pilgrims visits these temples in the state .The temple trusts earns revenue to the tune of several hundred crores every year from the offerings and donations.

Deputy Commissioner Una Sandeep Kumar said “ temples attract a huge rush of devotees .Unless there is proper SoP in place , we can’t open these places .The Language ,Art and culture (LAC)department have been told by the government to frame SoP “.

Khachi ,on the other hand, also confirms that LAC department will take some time to prepare the SoP .Thereafter DCs will be asked to make arrangements to regulate the movement of the pilgrims .

What is worrying Himachal Pradesh is the spike in the case of the Coronavirus during past one week,and at least six deaths happening in just last four days .Number of persons having died of COVID has crossed 40 and the total Coronavirus cases stands at 6300 plus .

Additional Chief Secretary (Health) R D Dhiman on Wednesday issued an advisory to the citizens not to take some common diseases like cold, dry cough ,fever,tiredness ,aches and pains ,sore throat ,headache and loss of taste and smell, beside breathlessly lightly .

“ It has come to the notice of the government and health authorities that patients of such diseases land up at the hospitals when they are in serious troubles instead of early stages .Few have lost their lives and later tested positive .Herein after any person have mild symptoms must get medical advice instead of home therapies” said Dhiman .