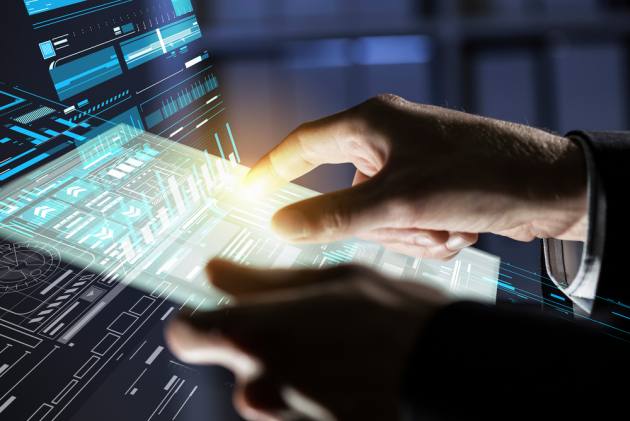 Schools in Korea have integrated ICTs at all levels of the school system. The government’s support for ICT development in the 1990s, helped to increase access to the Internet and supply digital literacy training to over 10 million inhabitants to be Internet-ready. The government also made direct investments into new technologies by dedicating a large portion of its national Gross Domestic Product (GDP) to Research and Development (R&D) projects. To overcome the digital divide between urban and rural areas of the country, the Republic of Korea’s politicians decided to roll-out the Broadband Convergence Network (BcN) in 2004, and was a pioneer in connecting even the most remote areas.

Similarly, India has emerged as a dependable destination for largescale development, having the world’s largest resource base of 4.6 million trained manpower in IT. India is also home to the most valuable IT development companies. It also has one of largest markets for digital goods, including smartphones, smart televisions and other digital goods.

It is inevitable that the two economies will be leveraging each other’s strengths in digital, to increase their competitiveness in this space. Hence, we observe research and development centres of Korean digital companies opening up in India and we observe Indian digital services companies as well as individual skilled manpower, moving into Korea.

In addition, recent geopolitical developments has led to a situation where there is a need to restructure the existing global manufacturing supply chains. Korea has particularly been impacted with these developments and Korean companies appear to be pressurized to move out of China. In tandem, India’s move towards slow economic decoupling from China has created new avenues for other countries to partner with India to create a joint digital and economic powerhouse that would serve as a model for other Asian nations to follow. It appears to be obvious that Korean digital companies should seriously look at India as an alternative to China for their manufacturing requirements.

Such a step would also be aligned to India’s ‘Act East Policy’ and Korea’s ‘New Southern Policy’ which were designed by the respective countries to increase economic cooperation between the two countries.

In terms of leveraging Indian market for Korean goods, Samsung has become the largest digital goods company in India. There has been extensive penetration of the Indian market with competitive Korean digital products and they have become case studies on how to penetrate the complex Indian market.

Similarly, Korean digital companies have setup large R&D bases in India, particularly in Bengaluru. There is significant on-ground cooperation on this dimension.

However, what has been largely missed out while looking at the India-Korea digital cooperation, is the significant Korean investments into Indian digital start-ups. While foreign direct investment from South Korea to India amounted to more than $6.29 billion as of 2019, Korean investors have capitalized on the Indian start-up market that has been furthering the goals of the Digital India programme to transform India into a digitally empowered economy.

There have been many initiatives in this area, such as the India-Korea Start-up Hub which was launched under the flagship Start-up India programme, is a one-stop platform to bring Indian and South Korean start-up ecosystems closer.

The Korea Plus platform, established under the Invest India initiative, covers the entire spectrum for Korean enterprises looking to invest. It provides regular investment reports and information relating to various sectors. The regulatory framework for investment is also available on the platform for Korean investors to understand the market before investing. The Korea Trade-Investment Promotion Agency and Invest India work together to assist investors from Korea by providing services such as meeting facilities, public relations, research and evaluation.

Clearly, the above is not an exhaustive list but provides a view of the deep collaboration between Indian and Korea in the start-up space.

In terms of leveraging India for digital manufacturing, a large number of Korean firms such as Samsung and LG, have setup their bases with very significant investments. LG Electronics also operates two factories in India, one each in Noida and Pune, with an R&D Centre in Bangalore.

Samsung is one of the largest electronics manufacturers in the country with five R&D units, one design centre, and two manufacturing facilities in the country. In July 2018, it inaugurated the world’s largest mobile factory in Noida. The company is investing almost Rs. 5,370 crore ($706 million USD) in a smartphone manufacturing plant in Uttar Pradesh which will potentially create 1,300 jobs. It is also one of 22 companies that have committed 110 billion rupees ($1.5 billion USD) in cell phone sector production in India.

The key advantage that a manufacturing base in India provides is easy access to markets in Africa, Middle East and South East Asia, while getting access to the extremely large Indian market. India is also an extremely cost competitive economy for digital manufacturing and has emerged as the second largest phone manufacturer in the world in a short period of five years.

As we analyse each of the current dimensions of India-Korea digital cooperation, some of the areas which come out as whitespaces or have significant hindrances include the issue that Indian digital entities have limited presence in Korea. Some of the reasons for this could be restrictions of free movement of skilled workers. Easing off of restriction on free movement of skilled workers would also increase the competitiveness of the Korean economy.

In addition, there are considerable issues related to Ease of Doing Business in India. Although India has improved its ranking significantly in the World Bank’s Ease of Doing Business report, however, the business environment varies from state to state in India. Korean companies have faced certain challenges in running their operations on the ground, and these challenges could be worked upon.

Geographically, while the Indian government has been working hard to incentivize businesses to create manufacturing bases within the country, India is still considered to some extent a ‘New Frontier’ for many Korean businesses. In a recent interview that the South Korean Ambassador had given, he revealed that countries such as Vietnam have had more leverage as it is closer to South Korea than India is and has a robust Korean community. This has lowered the entry barrier for Korean companies, both conglomerates and SME, to enter Vietnam. There is a clear need to make India a more approachable destination for Korean businesses and perhaps the governments can play a role here.

What is also observed that successful national scale digital projects are also not getting replicated from one country to another. It would be mutually beneficial to replicate such digital projects.

As two of Asia’s top economies, there is are significant benefits that the two regions can gain from enhanced cooperation with each other towards digital technologies, thus contributing towards regional development. Some of the areas that need to be focussed on, are (a) joint R&D in Digital, (b) cooperation in setting standards, (c) sharing lessons in national scale systems, (d) easing movement of skilled personnel and (e) making it easier to do business in India.

An area where the two nations can cooperate immensely is in conducting joint-research in areas of cyber-security and leapfrog technologies. This is even more critical where cyberattacks are being run by state actors who consistently go against a rule-based global system. India and Korea need to urgently cooperate in R&D in cybersecurity.

Other areas include telecom, including standard setting for telecom, IOT, additive manufacturing etc. For instance, South Korea has already emerged as the global leader in rolling out 5G services for its citizens. However, given the transformational nature of 5G, it will take a while for its roll-out to be glitch-free. India can use this time to learn from other’s experiences, and concurrently begin influencing standards, and use-cases for 6G research. Owing to the IT prowess present in both countries, conducting joint research in this area, which will enable both countries to have a say in how testing is conducted, standards are set, costs are estimated, and infrastructure is developed, thus also helping to secure their economic futures.

Samsung has already set up a 6G research center in Seoul, intending to incorporate satellite communication for enhanced global coverage and faster speeds.

Currently, the Indian government has already set up India-Korea joint Research centres which will focus their research on areas of artificial intelligence; IoT focused on agriculture, water, energy; and semiconductor electronics.

A crucial area where India can draw lessons from South Korea is in its model to digitize healthcare. South Korea’s biggest success of its universal healthcare program, is the technological interface - a paperless system that has data of 50 million people accumulated over decades. This ensures glitch-free service provision for both healthcare providers and beneficiaries. Replicating a similar model for India could bolster its Ayushman Bharat scheme which is the world’s largest universal healthcare program.

On the other hand, South Korea can borrow from India’s unique identification system as the former’s universal healthcare system faces a challenge in its gatekeeping system. Unlike Ayushman Bharat, which is linked to Aadhar, South Korea’s system has no such checks, thus opening up avenues for identity deception.

Both Korea and India can gain immensely from free movement of skilled personnel and steps need to be urgently taken in this regard.

Finally, both countries, and especially India, needs to work further in Ease of Doing Business and into ease of doing cross-border business.

ROK, through conducive policy frameworks aimed at strengthening its digital prowess, has successfully made the transition from a developing country to a highly developed nation. In parallel, India has also emerged as a major digital powerhouse in the region. No surprise therefore that over the last 20 years, India and ROK have strengthened their relationships, with a mutually beneficial trade and technology association. Now, with Korea looking to expand its footprint in the Indo-Pacific region, beyond its peninsular boundaries, India, with its proven credentials in the digital space, can emerge as a key partner in this association. However, for this relationship to accelerate, both nations have significant ground work that needs to be done to unlock the potential of cooperation in the digital area.

(Dr Jaijit Bhattacharya is President of Centre for Digital Economy Policy Research. Views are personal, and do not necessarily reflect those of Outlook Magazine)