Buddha Purnima is observed to mark the birth anniversary of Lord Buddha. 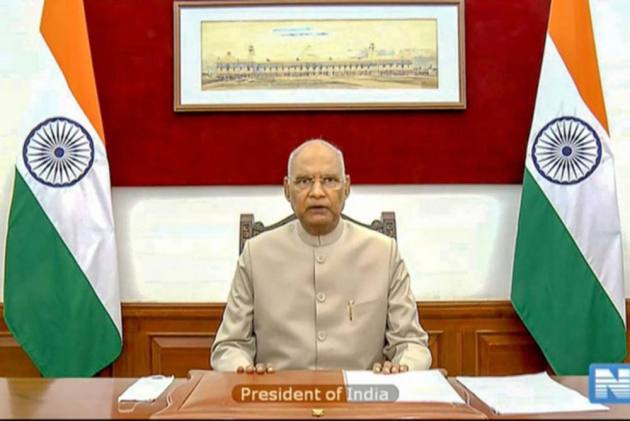 Delivering a message on the eve of the festival on Tuesday, President Kovind said the teachings of Lord Buddha lead us to the path of freedom from suffering and misery.

"We are faced with an unprecedented crisis in the form of Covid-19 pandemic. On this auspicious festival of Buddha Purnima, I pray that through our solidarity and collective resolve, may we emerge successfully from this pandemic and continue to move steadfastly towards the well-being of people at large,” he said.

Kovind further said, Lord buddha taught people to abstain from violence and injustice and this very mantra has been motivating us for centuries to become ideal human beings.

The ideals of non-violence, peace, compassion and service to humanity embodied in the life of Lord Buddha and his eternal teachings have profoundly influenced the development of human civilization all over the world, the president said.

Buddha Purnima is observed to mark the birth anniversary of Lord Buddha.

Meanwhile, urging countrymen to commit to the path of compassion and tolerance shown by Buddha, Vice President Naidu said, "Lord Buddha was one of the most illustrious spiritual leaders to have walked this earth. The eternal message of peace, brotherhood and compassion bestowed by Lord Buddha continues to inspire humanity across the globe to strive towards leading a life based on moral values and contentment.”

The event is being organised by the culture ministry in collaboration with the International Buddhist Confederation (IBC) and will witness participation of all the supreme heads of the Buddhist Sanghas from around the world, the Prime Minister's Office said.

Over 50 most prominent Buddhist religious leaders from around the world will address the congregation.