Loss Of Livelihood, Lack Of Compensation: For Cyclone Fani-Hit Families, There's A Long Road To Recovery

Cyclone Fani, that ravaged parts of coastal Odisha, still has its footprints everywhere. The road to recovery appears long. 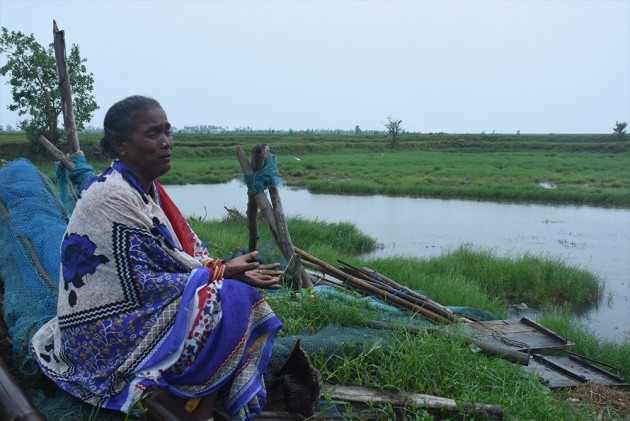 A cyclonic storm with a wind speed of 200-220 kmph hit the coastal state of Odisha almost two months ago. Even though the state government earned international praise for its efforts to reduce casualty, the wait for rehabilitation has been long.

The task of relief and restoration has been challenging as several cyclone-affected families still don’t have access to basic minimum services.

While the authorities in Puri, the abode of Lord Jagannath, spent sleepless nights to restore normalcy to prepare the town for the annual Rath Yatra, the surrounding area still wears a deserted look due to the loss of green cover. Tourism sector took the worst hit in the temple town and many became jobless.

When you travel from state capital Bhubaneswar towards Satapada on Chilika, you will find trail of devastation everywhere – damaged buildings, collapsed walls, uprooted trees and disrupted water supply.

Many people are still living in makeshift houses with a polythene sheet, supplied by the government, wrapped on the roof.

Jema Dei, a fisherwoman in Jagannathpur village, recalls how she lost everything in Cyclone Fani. She is now living in a makeshift house with her husband.

In Gadakokala village, Basanti Devi, 45, is struggling to make ends meet. Devi and her family were wage labourers and are now without work. She is still waiting for government compensation to rebuild her house.

Banamali Jena, 43, a farmer in Manapada village tells us that his two hectares of agricultural land is still waterlogged and how he and other farmers in the village have suffered huge losses. “We were on the midst of harvest and were preparing to sow the next crop. Fani ravaged our only source of living,” says Jena.

Jena says farmers in his village had to go for distress sale of their last year’s crop because there is no storage facility. The paddy which was to be sold at Rs 1800 per quintal is now being sold at Rs 700 per quintal.

In Penthakata village in Puri, the largest marine fishermen habitation, the condition is not any better. The fishermen are living a life of uncertainty due to periodic fishing ban and frequent natural disasters. “As fishing became less profitable, many of us switched to other jobs such as lifeguards, daily wage workers, and construction workers. But Cyclone Fani has affected our livelihood,” says Ganesh Rao, a leader of the fishing community.

Presenting the budget in the assembly on June 28, Odisha Finance Minister Niranjan Pujari announced that Rs 4,600 crore has been earmarked for Cyclone Fani recovery. Though the Centre has set up a consortium of multilateral agencies under the Department of Economic Affairs to suggest ways for disaster resilient strategies in the aftermath of the cyclone, the Odisha government has sought an assistance of Rs 5277 crore. Prime Minister Narendra Modi had assured additional funds of Rs 1000 crore after aerial survey of Fani-affected areas on May 6. This amount was in addition to already released Rs 304 crore before Fani landfall. Till today, Rs 1865 crore have been spent on relief and restoration.

In last 19 years, Odisha has witnessed six droughts, 14 floods and five major cyclones. In the last three years, at least 6228 people have lost their lives due to natural disasters.

Though Chief Minister Naveen Patnaik announced a compensation package for Fani-affected families, the compensation is yet to reach several households.

For many like Dulhani Sahu of Jamuna village in Puri district, it’s been a long wait. “It’s been almost two months. When will we be able to rebuild our houses? Government should be proactive in dealing with emergency situations,” says Sahu.

Digamber Biswal echoes Sahu’s views. “I am still waiting for revenue inspectors’ visit to our village to assess the loss of groundnut cultivation,” Biswal says.

In sharp contrast to what has been told and said, only people who have faced the wrath of the cyclone can describe how it has impacted their life.

For 55-year-old Bhagaban Pradhan of Olanda Patna village, the severity of the natural disaster can’t be gauged through damaged houses. “The changes we saw in Chilika immediately after cyclone - blue waters turned red, dead birds, no fish or prawns… all this has severely affected our livelihood,” says Pradhan.

“Though illegal prawn gherries (barricades) have been lifted from the banks of Chilika, the encroachment of non-fishermen in our fishing zone, climate change, surface temperature and sea surge prove burden for us”, said Bijaya Kumar Das, Secretary, Primary Fishermen Cooperative.

Malli Das, a Self-help Group leader, says a sizeable portion of their income is spent in repaying loans borrowed to buy new boats and nets, and such natural disasters further add to their woes.

The Wave of Migration

One of the biggest repercussions of cyclone Fani is the wave of migration from coastal Odisha.

Parth Sarathi Behera was more vocal while asserting the plights of the migrants. “The scope for fishing in Chilika is gradually decreasing as the Bay of Bengal, which is the main source of maintaining salinity in Chilika and is a source of fish and prawn, is choked due to siltation and weed. Secondly, frequent disasters are affecting fish breeding. Therefore, many fishermen who have no alternative livelihood option are compelled to migrate to other places,” Behera says.

The 24-year-old Priyabrat Pradhan, who has migrated to Surat in Gujarat, says, “We have suffered huge losses as Fani damaged our annual harvest, fruit-bearing plants, and houses. We have no option but to go to other states in search of jobs.”

Manas Behera, along with 10 other people of his village Kusabenti, has already left for Kerala. Behera had suffered losses as his boats and nets were damaged by the cyclone.

Cyclone Fani, that ravaged parts of coastal Odisha, still has its footprints everywhere. The road to recovery appears long.