The police claimed the arrested doctor may have been involved in more than 100 murder cases but could not confirm the exact figure as the cases registered against him in Delhi, Uttar Pradesh, Haryana and Rajasthan were investigated by the state police concerned. 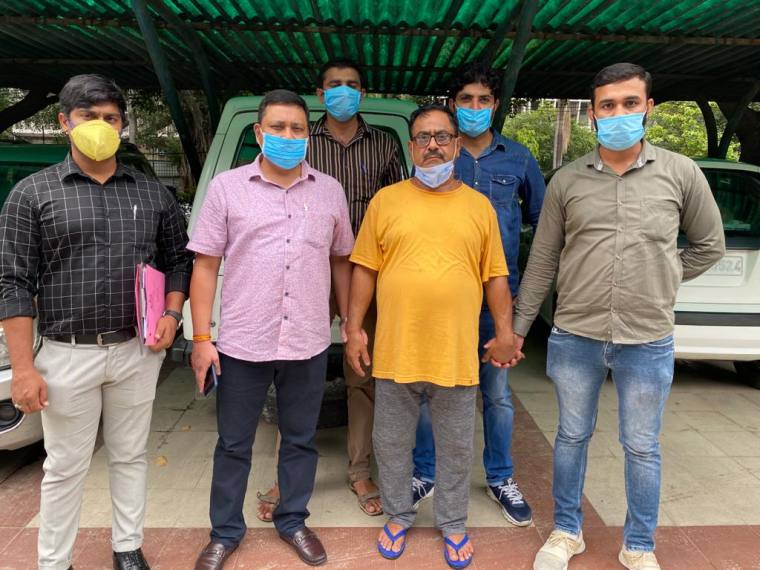 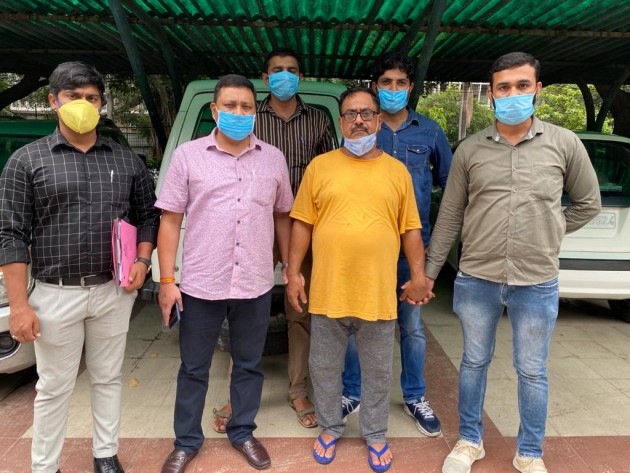 An Ayurvedic doctor, who was allegedly a mastermind in over 50 murder cases of truck and taxi drivers across Delhi and neighbouring states, was arrested from Baprola area where he was living after jumping parole in January, police said on Wednesday.

Citing previous media reports, the police claimed he may have been involved in more than 100 murder cases but could not confirm the exact figure as the cases registered against him in Delhi, Uttar Pradesh, Haryana and Rajasthan were investigated by the state police concerned.

Devender Sharma, 62, a BAMS degree holder, hailed from Purreni village in Uttar Pradesh's Aligrah district and he was apprehended by Delhi Police's Crime Branch team on Tuesday, six months after jumping parole in a murder case, they said.

The police said Sharma was convicted in several cases of kidnapping and murder. He was arrested twice earlier for running a fake gas agency in Uttar Pradesh and was also jailed for running a kidney racket in different states.

"Sharma was serving life sentence in Central Jail, Jaipur in a murder case and was out on parole for 20 days in January this year after spending 16 years in jail. But he jumped parole and stayed at his native village for a while before moving to Delhi in the beginning of March.

"Earlier, he was living in the house of an acquaintance at Mohan Garden and then, he moved to Baprola where he married a widow. Our team arrested him after we received information about his hideout on Tuesday," said Deputy Commissioner of Police (Crime) Rakesh Paweriya.

Sharma had come to Delhi with the intention of starting afresh and got married to his distant relative who knew about his criminal background, he said.

He then entered property business and was currently mediating in the sale of one Marshal House located at Connaught Place to a property dealer in Jaipur, he added.

His interrogation started on Tuesday and continued till Wednesday morning and he remained very calm and cooperated with the team. In fact, he disclosed the details about his previous involvement in crime himself, the police official said.

During interrogation, he also confessed to being the mastermind of more than 50 murders

He was arrested for several murder cases reported in 2002-2004 but was convicted only in only six-seven cases. His wife and children left him in 2004 after they came to know about his activities, he added.

When police questioned Sharma about the media reports, he told them that he had lost count after 50 murders and it had become difficult for him to remember the exact number of the killings executed till date.

Sharma received his BAMS degree from Siwan, Bihar, and he started his clinic in 1984 in Jaipur. Later in 1992, he invested Rs 11 lakh in a gas dealership scheme but was cheated and suffered a financial crisis. So in 1995, he started a fake gas agency at Chhara village in Aligarh and later got involved in criminal activities, he said.

In 1994, Sharma also got involved in an interstate kidney transplant racket which was running in Jaipur, Ballabhgarh, Gurgaon and other places. He and several other doctors were arrested in 2004 in the Gurgaon kidney racket case, the officer said.

From 1994 to 2004, he claimed to have carried out more than illegal 125 kidney transplants done for which he got Rs five to seven lakh per case, he said.

In 2001, he once again started a fake gas agency at Amroha but got arrested again.

After closure of his fake gas agency, he went to Jaipur and ran a clinic there till 2003. During this period, he got in touch with his accomplices who used to hire taxis to Aligarh and then killed the drivers at secluded places and dumped their bodies in crocodile infested waters in Hazara Canal, Kashganj.

"His accomplices robbed trucks carrying LPG cylinders by killing the driver. They unloaded the trucks in his fake gas agency and then the robbed truck would be dismantled in Meerut," the DCP said.

The Jaipur police have been informed about the arrest and the custody of the accused will be handed over through court, police said.