The drone show was put up as part of the 'Azadi Ka Amrit Mahotsav' celebrations to mark 75 years of India's Independence. CM Yogi Adityanath was invited as the chief guest. 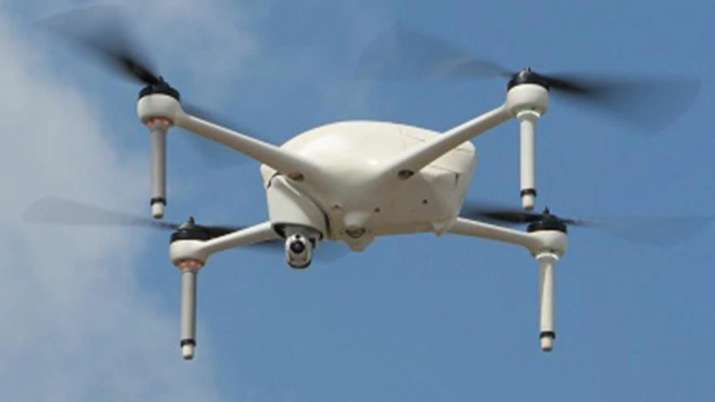 Lucknow, the capital city of Uttar Pradesh on Monday, witnessed an unprecedented drone show on the theme of India's freedom struggle at the Residency with the state government claiming it to be the largest ever such event in the country.

Residency, the place where the event was organised, was once the residence for the British Resident General. The site holds prominence during the Siege of Lucknow in 1857. Its ruins is a popular tourist landmark.

Chief Minister Yogi Adityanath was the chief guest at the show which was organised jointly by the Union Ministry of Culture and the Uttar Pradesh government's department of tourism and culture.

At the event, he said, "Uttar Pradesh was the main centre of India's freedom struggle. The flames of revolution erupted simultaneously in Ballia, Jhansi, Gorakhpur, Meerut, Lucknow and different parts of the country.

"If somewhere there was Mangal Pandey, there was Rani Lakshmibai also. The flame of Independence that was ignited in 1857 continued to burn and after 90 years the Britishers had to leave the country," he said.

He mentioned the 1922 Chauri-Chaura incident and the (in Gorakhpur) and the 1925 Kakori Conspiracy Case.

"Between 1918 and 1927, there was an epidemic which killed crores of people. The then government paid no heed to that. But during COVID-19, one of the biggest pandemics of this century, India managed the situation best which was appreciated by the whole world," the chief minister said.

He said, "We are grateful to Prime Minister Narendra Modi for connecting the entire country with the Azadi Ka Amrit Mahotsav."

Welcoming the Union Minister of state for culture Meenakshi Lekhi, he said that the innovative work the Ministry of Culture has started in the last seven years to recognise the potential of Uttar Pradesh and place it in front of the country and the world is visible now.

According to the state culture department, the story of India's freedom struggle from 1857 to 1947 was presented through 500 drones in the sky accompanied by music, laser light and colourful drone acrobat.

For the event, around 500 drones were brought from Russia, it said.