Akbar, who appeared before Additional Chief Metropolitan Magistrate Samar Vishal, said the allegations made by Ramani were 'malafide' and 'defamatory'. 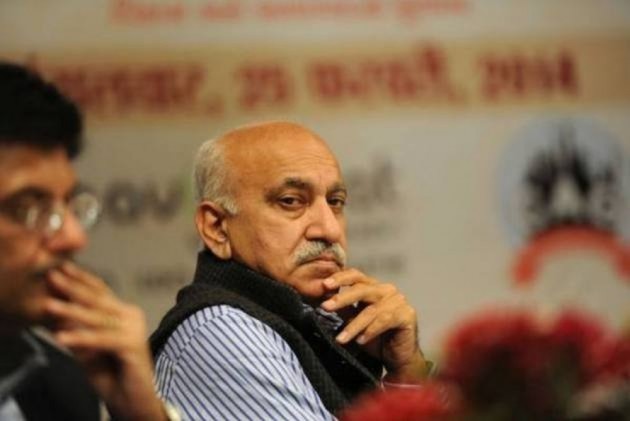 In a heated courtroom drama that lasted for almost two hours, former Union minister M J Akbar Saturday recorded his statement and was cross-examined in a defamation case filed by him against journalist Priya Ramani.

Akbar, who appeared before Additional Chief Metropolitan Magistrate Samar Vishal, said the allegations made by Ramani were "malafide" and "defamatory".

Senior advocate Rebecca John, appearing for Ramani, cross-examined Akbar on details regarding Ramani joining The Asian Age, among others.

However, Akbar responded to most of the questions as " I do not remember".

Akbar, who resigned as Union minister on October 17 last year, had filed a private criminal defamation complaint against Ramani after his name cropped up on social media as the #MeToo campaign raged on in India.

Ramani has accused Akbar of sexual misconduct around 20 years ago when he was a journalist. Akbar has denied the accusations.

The court has posted the matter for the next hearing on May 20.