The doctors had put forward multiple demands before the state government, including a hike in stipend and free treatment for them and their families if they contract Covid-19 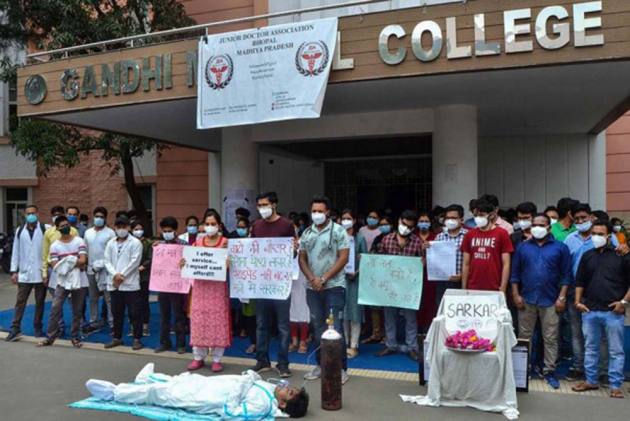 Around 3,000 junior doctors in Madhya Pradesh, who were on strike since a week, called off their protest on Monday. The doctors, who had put forward multiple demands before the state government, including a hike in stipend and free treatment for them and their families if they contract Covid-19, ended their strike after a meeting with state Medical Education Minister Vishwas Sarang.

"They have ended their strike unconditionally," Sarang told PTI.

Earlier, on Sunday the minister had announced that the state government has agreed to hike the junior doctors’ stipend by 17 per cent.

The HC will once again hear a petition regarding the doctors’ strike today.

Meanwhile, earlier during the day, a delegation of MP Junior Doctors Association (JUDA) met Sarang, seeking a written order from the state government for fulfilling their demands.

"We have ended our protest after meeting Sarangji," MP JUDA president Arvind Meena told PTI.
Earlier, the junior doctors went on a strike on May 6, but resumed a few hours later after the state government assured them that their demands would be met.