Karan Morwal, the son of Congress MLA from Ujjain, Murli Morwal has been arrested by the Madhya Pradesh Police in connection to a rape case.He was absconding for over six months. 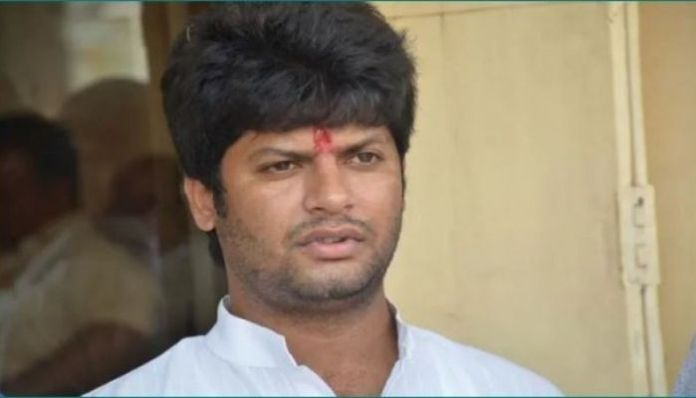 Madhya Pradesh Police on Tuesday arrested Karan Morwal, the son of Congress MLA from MP's Ujjain, who was absconding for over six months after a woman lodged a rape case against him, an official said.

Karan Morwal is the son of Murli Morwal, the legislator from Badnagar in the Ujjain district.
Police had earlier announced a reward of Rs 25,000 on his arrest.

Based on a tip-off, Karan Morwal (30) was arrested near Maksi town in Shajapur district, about 80 km from Indore, Jyoti Sharma, in-charge of the women's police station in Indore, told PTI.

A joint team of women personnel and crime branch officials caught the accused while he was going in a car with an accomplice - Rahul Rathore, she said.

While on the run, the accused used to hide at a place for some time and then shift to somewhere else, the official said, adding that they are also probing Rathore's role into it.
After the arrest, a medical examination of the accused was conducted and he was being questioned, she said.

He will be produced in a local court and police will seek his custody to ascertain the places where he was hiding all these months and who all helped him, she added.

According to officials, the rape case was registered against Karan Morwal on April 2 this year at the women's police station in Indore where the woman complainant alleged rape on the pretext of marriage, they said.

On October 19, the police questioned the accused's younger brother Shivam as they suspected he was aware of his brother's hideout, the officials said.

After he came out of the police station, media persons had asked him about his absconding son, but the legislator left while saying he didn't want to say anything to the media on the issue.