The Madras High Court has said the Lieutenant Governor has no powers to interfere or act independently. 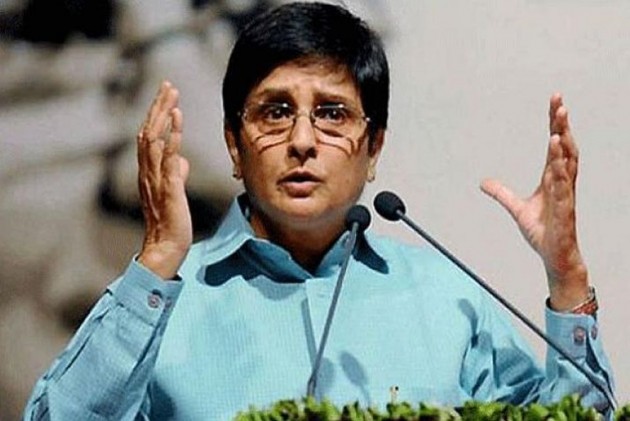 In a major setback to Puducherry Lt Governor Kiran Bedi, the Madras High Court on Tuesday ruled that she "does not have the power to interfere in the day to day activities of the Union Territory government.” The decision was hailed by Chief Minister V Narayanasamy as "victory" of democracy.

The Madras High Court order verdict came on a writ petition filed by Puducherry Congress MLA Lakshminarayanan in 2017 questioning Puducherry Lieutenant Governor’s (L-G) powers to interfere in the day-to-day administration of the union territory despite the presence of a council of ministers.

Deciding on the case filed by Lakshminarayanan, the court said that "Bedi does not have the power to call for files and give orders to the officials".

Justice R Mahadevan set aside the two communications issued in January and June 2017 by the Union Ministry of Home Affairs "elevating" the power of the administrator.

Referring to the Supreme Court judgement on the tussle between Delhi Chief Minister Arvind Kejriwal and Lt Governor Anil Baijal, the judge said restrictions imposed on the Government of Delhi are not applicable to the Government of Puducherry.

"The apex court has clearly held that there is a distinction between the National Capital Territory of Delhi and Puducherry", the judge said.

Though Puducherry was not a state, the Legislative Assembly would have the same powers as that of a state, he said.

Hailing the judgement, Congress leader and Chief Minister Narayanasamy, who has been at loggerheads with Bedi over various issues, said the court order was "historic and demonstrates the victory of democracy."

In her reaction, Bedi said, "We are examining the judgement."

The judge in his order said, "The Administrator cannot interfere in the day-to -day affairs of the government. The decision taken by the Council of Ministers and the Chief Minister is binding on the Secretaries and other officials."

The petitioner Lakshminarayanan is an elected member of the Puducherry assembly from the Raj Bhavan constituency.

He submitted that there were political differences between the elected Government of Puducherry and the Centre.

"She (Bedi) conducts review meetings with the officials directly, by-passing the elected government, carries out inspections and issues on-the-spot orders and thereby runs a parallel and diametrically opposite government within the government," he claimed.

The petitioner also alleged that the Administrator was interfering in the day-to-day administration of the territorial government, its policies and programmes.

The judge observed that the court had already discussed the role of secretaries. They normally act only as a medium of communication, utmost to render their opinion at circumstances and have no power or authority to override the decisions of the Council.

"Though they may report to the Administrator nominated by the President, still they cannot shed their duty to the decision of the Council of Ministers taken as per the procedure laid down in the Government of Union Territories Act and the Rules of Business of the Government of Pondicherry, 1963.

"...they cannot jump the gun and run a parallel Government under the directions of the Administrator," the judge said.

"...the elected government functioning through the Council of Ministers cannot be defeated by the act of the Administrator, who is also functioning under the provisions of the Constitution, by way of interfering in the day to day affairs of the Government...," it said.

Alluding to the allegations over use of social media by the Administrator (Bedi) to summon officials, the Judge said, "The Government officials cannot use their personal media to address the grievances of the public.

"A public redressal forum in the form of official e-mails, telephone numbers are to be circulated and used, if already not put into use."

"The Administrator has no exclusive authority to run the administration in derogation of the Constitutional Principles and the Parliamentary Laws governing the issue," he added.

Responding to the court order, Narayanasamy said: "The High Court has in its order pointed out unequivocally that Kiran Bedi does not have independent powers and she must work in tandem with the elected government in administrative and service matters, financial aspect of governance."

Bedi said the Model Code of Conduct in the context of the parliamentary polls was still in force and "files which require Lt Governor's approval such as service matters, promotions, appointments, disciplinary matters and financial sanctions for grant in aid are being received and being examined."

"They are being cleared on merits of each case," she added.